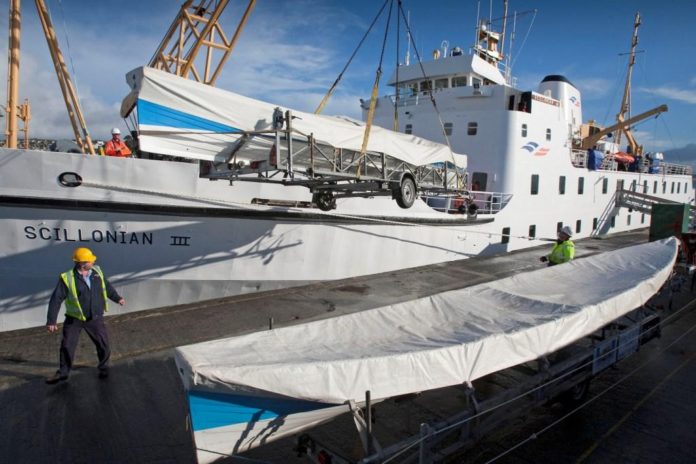 The Isles of Scilly Steamship Company is busily gearing up for its busiest weekend of the year.

Transporting 130 gigs and almost 5,000 passengers to the islands for the World Pilot Gig Championships (May 2-5) may be a huge logistical operation, but the Isles of Scilly Steamship Company appears to have got it down to a fine art.

Last week – six weeks before the annual championships begin – the first gigs were loaded onto the passenger ferry Scillonian III and freight vessel the Gry Maritha for the 47 nautical mile journey from Penzance to St Mary’s.

Tickets to travel to the islands sold out weeks in advance for what is the Isles of Scilly Steamship Company’s busiest weekend of the year.

A record number of gigs will be transported on board the company’s two ships over the coming weeks, before the Championships begin on Friday, May 2.

Debbie Hunt, from the Isles of Scilly Steamship Company, has managed the operation every year for the past 25 years. She said: “It’s a massive annual event which takes months of organisation and careful planning of every last detail, but we’ve got it off to a tee now.

“We start before Christmas and work out a calendar. The Gry Maritha can take eight gigs at once and the Scillionian III can take two or three, so between now and the Championships there will be gigs on near enough every sailing. It’s the same on the return journey.

“When I first started in 1990 there were 12 gigs, this year we have 130. We’ve tweaked the logistics so many times, it’s better now than it’s ever been. It works so well it’s not an issue any more – we just get on with it.”

In addition to transporting the gigs, the Isles of Scilly Steamship Company supports the event by offering special travel rates to competitors and provides four extra sailings over the weekend of the competition.

Steamship Company chief executive, Rob Goldsmith, added: “It’s our pleasure to support the World Pilot Gig Championships by helping with travel arrangements for the gigs and the crews taking part. The competition keeps going from strength to strength and provides a huge boost to tourism on the Isles of Scilly, and the Steamship Company is proud to have played its part in its success over the years.” 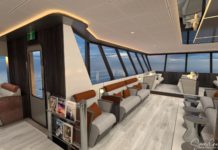