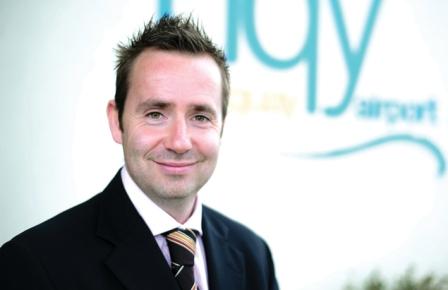 A new airline will be coming to Newquay Airport next year, operating two new UK routes.

easyJet announced this morning that it will operate six services a week to Liverpool and London Southend, starting in June. These new routes are expected to attract around 20,000 passengers to and from Cornwall.

Airport MD, Al Titterington, said it was “fantastic news” to attract an airline of easyJet’s stature. “The north west and London areas are key business and tourism markets and the addition of Liverpool and London Southend will complement our route network.

listen to ‘Easyjet comes to Cornwall’ on Audioboo

“We have been in discussions with easyJet for a number of months and we are looking forward to working with them in developing services to and from Cornwall.”

Titterington also revealed that discussions are ongoing with easyJet over destinations to Europe and in particular the Mediterranean, being introduced in 2014.