The spiralling cost of family holidays abroad could provide a major boost for Cornwall’s tourist industry in 2011, says a leading Cornish holiday company.

Research by Penzance-based West Cornwall Cottage Holidays revealed that a typical holiday abroad could cost a family over £1k more than the equivalent holiday in Cornwall.

The company says that the equal footing between the Pound and the Euro has now made many foreign holidays more expensive than those in the UK, and is seeing its busiest early January booking levels for many years.

As a result, it believes Cornwall, which was recently named the Best UK Holiday County at the British Travel Awards, will become an even more attractive destination for both UK and European holidaymakers in 2011.

Research undertaken by the company, which has over 130 properties across west Cornwall, revealed that a week-long self catering holiday for a family of four in Crete, booked with a major high street retailer, cost over £1k more than an equivalent holiday in Cornwall.

The result, believes West Cornwall Cottage Holidays MD Austyn Hallworth, will be more people looking at UK destinations such as Cornwall as a place for their main holiday given the growing price differential in foreign holidays and the ongoing recession.

He said: “The cost of the foreign holiday, before you even add on extra costs such as car hire, travel insurance and parking at the airport was almost £900 more than the cost of the Cornish holiday with the add on costs taking the price to over £1.1k more than the same holiday in Cornwall.

“With the cost of being abroad from an eating and drinking perspective now on a like for like basis with the UK, the long held belief that a foreign holiday is cheaper than staying in the UK, simply no longer applies on a like for like basis and we believe that destinations such as Cornwall, will become even more popular with both UK and European visitors and as a county we need to shout about this.

“Our research last year revealed that people choose Cornwall for their holiday’s not because of the weather but as a result of the wide range of activities and experiences that we can offer and this, combined with the price differential will we believe, make Cornwall even more popular in 2011,” he added.

“Clearly there remain strong perceptions that foreign holidays are always cheaper than UK-based breaks, but great research like this will, we hope, start to make people really look at and research the real price of holidays, rather than be lured in by a headline price promoting foreign breaks.” 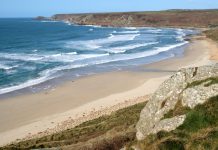 Row over Cornwall reopening for tourism 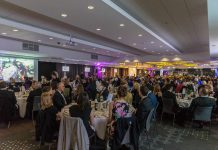 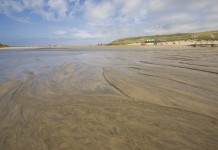 Bookings up at Duchy Holidays