A Cornish specialist holiday lettings company says the ‘staycation’ has continued to effect early bookings for 2011 with strong early demand.

Classic Cottages, which markets around 700 holiday cottages in Cornwall, Devon, Somerset and Dorset, believes the combined effects of volcanic ash earlier this year, the strength of the Euro and possible threats of airport and airline strikes has encouraged more people to secure their holiday at home for next year.

The latest Office for National Statistics (ONS) ‘Travel Trends’ report supports this picture from Classic Cottages, with visits abroad by UK residents falling by 15% during 2009, the fastest rate since the 1970s.

However, the Helston-based firm, predicts a challenging 2011. The initial demand, when they started taking bookings for 2011 in July, was strong and took them to a lead of over 20% on the previous year. That lead has now fallen back into single figures, as the excitement of the election and novelty of a new Government has worn off and the reality of the economic challenge has set in.

MD Simon Tregoning said: “Given the saturation of all our news channels with stories about economic cuts, we are reassured to be running ahead of last year in forward bookings. It shows that some of the positive ‘staycation’ effect that has kept us immune from the last two years’ of recession is still with us.

“But it’s still early days and the public sector job cuts are bound to have an impact on our target market. That said, a UK holiday generally has lower travel costs and is less risky, so the uncertainty will have positive and negative influences – predicting the winner is a tough call.”

He added: “I think that spending on foreign holidays will suffer slightly in 2011, as experiences this year will have left a bad taste in the mouth for many people, who were perhaps affected by the volcanic ash and flights being cancelled, the Euro’s unfavourable exchange rate and airline/airport industrial action. Undoubtedly we benefitted from the uncertainties around travel abroad this year, so we will be watching our figures closely to see where the trend is going when people start looking to cheer themselves up in January 2011 by booking their holidays.” 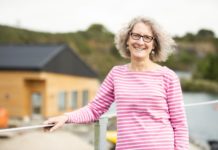 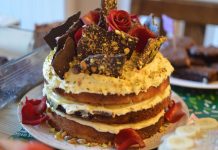 The Great Classic Bake Off 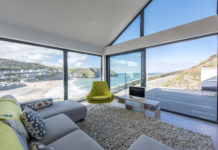