Tasked with capturing the annual event’s ‘anything goes’ attitude and counter-culture vibe, the design team has taken inspiration from contemporary artists such as Shepard Fairey (who achieved notoriety in 2008 with his Barack Obama ‘HOPE’ poster) and old school graffiti writers to create flyers, advertisements, and personalisable ‘tag’ stickers, in addition to a new and improved website.

As part of the re-brand for the festival, which was first held in 1987, a new graphic has been created featuring the face of VW Beetle designer Erwin Komenda. Deliberately subversive, the artwork pays homage to Run to the Sun’s car enthusiast roots while evoking the rebellious spirit of the festival’s modern-day incarnation.

Absolute’s brand manager, Simon Thomason, said: “Run to the Sun is all about a sense of freedom; a sense of escape from the humdrum of everyday life. We wanted to reflect that in our design work, but we also wanted to make sure that elements of the festival’s heritage were maintained.

“We’ve tried to go down a really non-corporate route that couples a bit of ‘back in the day’ sentiment with a sense of the new lease of energy and vision that is sure to make the 2010 event a massive success.” 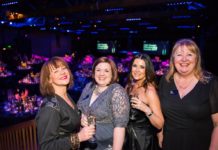 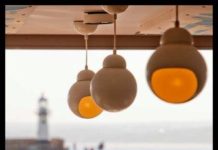 Absolute must for PizzaExpress