The Newquay tourist industry is reporting an increase in European bookings for the 2010 season.

The Euro to Sterling conversion rate would appear to be making the UK, and in particular Newquay in Cornwall, a popular destination for the overseas market.

A number of hotels in the seaside resort have seen a clear increase in the number of group bookings for 2010.

Tony Townsend from Hotel Victoria, said: “This year we have seen another increase with an average of one coach a week from Germany every week from April through to September. Many of the trips are for four nights or more which is a great boost to our year round occupancy rates, pushing our overseas trade up 20% on last year.”

The Esplanade Hotel has also seen an increase in the number of European visitors staying at the hotel. The latest figures show a growth of more than 20% year on year from 2008 for private and group bookings.

The hotel’s director, James Nettleton, commented: “We are enjoying growth in all year round business at The Esplanade and a considerable proportion of our guests visit us from across Europe. In particular, we have seen a notable rise in the number of German groups that stayed with us in 2009 and have made repeat bookings for 2010.” 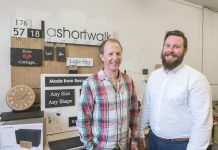