Having produced its first visitor guide in 1970, VisitCornwall is celebrating the release of the 2010 ‘Cornwall’ and ‘Where to Stay’ guides which together form the forty-first edition.

With so many editions now under its belt it could be forgiven for thinking that VisitCornwall has said everything that could be said about Cornwall, but the ‘Cornwall’ and ‘Where to Stay’ guides for 2010 take a fresh perspective and show the immense journey that the promotion of the county has taken over the last 40 years.

From a very formal first edition which described itself ‘as a guide to the Delectable Duchy for the visitor of the seventies’ and includes accommodation adverts with tariffs typical of £8 to 14 ½ guineas per week, the guide has seen many design changes. Having moved through descriptive and artistic stages during the eighties and nineties the guide became more inspirational and personable for the Millennium before turning into its current contemporary format.

The 2010 guides, designed by Falmouth-based agency, Gendall Design, are presented in a magazine style and capture the modern essence of Cornwall through aspirational imagery and creative, easy-to-read features.

Penny Woodman, interim head of VisitCornwall, explained: “The visitor guide has always been a key component of our marketing activity and we are really proud to be celebrating its 40th anniversary. Looking through our back-catalogue has certainly generated a few laughs and it is really interesting to see how much our style has developed since some of the earlier editions.

“Over the last 40 years, the way in which visitors plan their holiday has changed but printed guides continue to have a role and enhance the information provided on the VisitCornwall website.”

The 2010 guides will be supported by a national advertising campaign valued in excess of £225k. 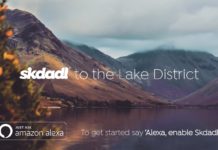 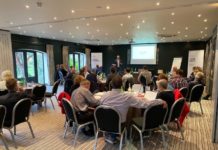 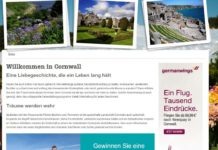