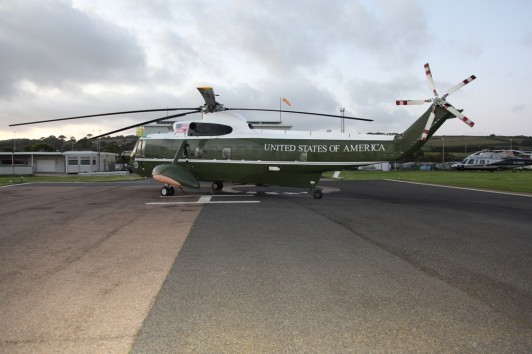 The question on many lips in West Cornwall this week; did the most powerful man in the world make a flying visit to Penzance?

Following a period of intense activity at Penzance’s heliport, pictures taken there apparently show the helicopter used by the President of the United States, with its distinctive green livery, touching down.

The aircraft landed within full view of passengers waiting to travel to the Isles of Scilly and was swiftly moved into the heliport’s hangar.

The event coincided with a break in President Barack Obama’s public engagements, leading to speculation about an impromptu visit to Cornwall. 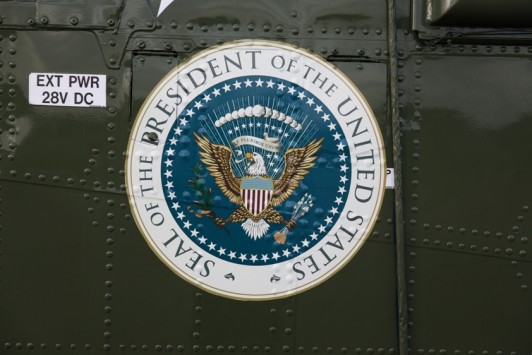 Now, British International Helicopters, which operates flights from the heliport to the Isles of Scilly, has stepped forward to solve the mystery.

The company has revealed that the helicopter was actually one of its regular aircraft, temporarily reliveried and on hire to a film production company.

It was used in the filming of “A Special Relationship” charting the relationship between former US President Bill Clinton and Tony Blair.

The film, which stars Michael Sheen and Dennis Quaid, is a BBC / HBO co-production and will be released theatrically next year.

The lookalike helicopter was piloted from Penzance to the filming location by British International Helicopters’ Chief Pilot, Ron Walker, who lives near Penzance.

He commented: “This was an unusual assignment, and I’m sure would have raised eyebrows right along our route. I know all of the crew at Penzance enjoyed playing their part in preparing the ‘President’s Helicopter’ for its special mission.”

To the untrained eye, the Sikorsky S61 fleet used by British International Helicopters between Penzance, Tresco and St Marys looks like the VH-3D models used by the US President.

The 18 metre long aircraft, as used by British International Helicopters, can travel at up to 166 mph with a capacity of up to 24 passengers and their luggage.

Just as the Boeing 747 Jumbo Jet carrying the President is known as Air Force One, so the helicopter carrying him operates under the callsign Marine One.

Ron Walker continued: “The Sikorsky is superbly well suited for both Presidential use and our route to the Isles of Scilly because of its all-weather ability, reliability, safety and comfort. The good news is that you don’t have to be the President to enjoy a trip on this very special aircraft … simply book online or by phone.”

A further eight flights operate between Penzance and the island of Tresco; the only air link between the Tresco and the mainland.

For more information on British International Helicopters, visit the company’s website at http://www.islesofscillyhelicopter.com or call 01736 363871. 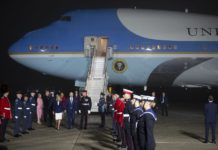 US President arrives in Cornwall