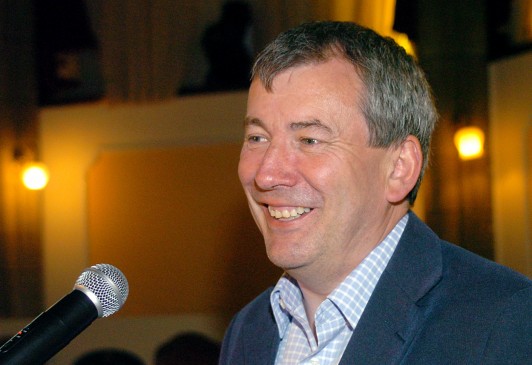 Malcolm Bell, the Chief Executive of South West Tourism, has been appointed as the Head of Tourism at VisitCornwall and is due to take up his role on 2 January 2010.

Announcing the news Martin Brooks, Chairman of the Cornwall Development Company of which VisitCornwall is part, said “This is a real coup for Cornwall. Malcolm has spent the last 10 years as Chief Executive at South West Tourism and, as such, comes with a wealth of experience not just at regional level but, with the south west region covering seven very different counties, at county level too.”

Martin adds, “Tourism is such an important part of the county’s economy but it faces ever increasing global competition and major challenges such as economic recession, climate change, transport infrastructure and environmental sustainability. We feel confident that Malcolm will ensure that Cornwall continues to be one of the UK’s favourite holiday destinations and at the same time helps to address some of these wider issues which affect all parts of the county’s economy.”

Carolyn Rule, the Council’s Cabinet member for Economy and Regeneration, added “This is very, very good news for Cornwall. Malcolm is a very high profile figure within the tourist industry and his national reputation and wealth of experience will play a vital part in helping us to further develop this important sector of Cornwall’s economy.

Malcolm, who was born in Redruth and who went to school in Truro, said “I am thrilled and delighted to take up this role. As a Cornishman I have always been fiercely proud of Cornwall. For me it will be such a privilege to not only return to a county which I love, but to further develop and drive forward one of its most important industries.”

Malcolm goes on to say, “Although officially I won’t be taking up my post until 1 January, in the meantime I will be working with both the team at VisitCornwall and the private sector to ensure that the county’s tourism service continues to meet both the needs of visitors and businesses.”

Malcolm certainly comes with an impressive CV. He became Chief Executive/Director of South West Tourism in April 1999 and his previous appointment was as Director of Economic Development with PROSPER (the joint Business Link and Training & Enterprise Council for Devon & Cornwall).

He is an expert advisor to the European Commission and a member of the EC’s Tourism Sustainability Group and is leading a working group to establish a core set of indicators to measure sustainable tourism.

In 1994/5 he conducted a strategic review of Tourism Support and Development which resulted in a 5 year plan which was instrumental in maximising funds from national and European sources for tourism development in Devon and Cornwall culminating in the development of a successful £10M EC Regional Challenge bid.

In 2001, he was awarded the National British Hospitality Association Award for Outstanding Leadership for his work both nationally and in the South West during the Foot and Mouth Crisis.

In 2004 he headed up the creation of a new 12 year regional tourism strategy for the South West of England (Towards 2015) which has over 26 million visitors and a total visitor spend of over £8 Billions per year. This strategy has been adopted across the region and is seen a one of the best tourism strategies that embraces the challenges of driving up quality, destination management as especially sustainability.

Malcolm is a Cornishman, married with two daughters, and a keen dinghy sailor. He is a Fellow of the Tourism Society, Fellow of the Royal Society for the Encouragement of Arts, Manufacturing and Commerce and a Fellow of the Academy of Food and Wine Service.