Alternative options for the £250 million luxury resort at Carlyon Bay are being explored by the developer following years of planning delays.

The company is investigating fresh opportunities which would embrace a more sustainable design and could include less development at Shorthorn and a larger beach area plus a realigned sea defence system.

Following the public inquiry in November 2006, it was decided to re-examine some of the key issues that were raised to see if better solutions could be identified which would satisfy all stakeholders.

The Commercial Estates Group (CEG), which has worked closely with Ampersand on the project, approached senior officers at Cornwall Council to ask if they would be prepared to listen to a range of new ideas for the project.

These involve, among other things, committing to higher standards of sustainability, avoiding beach recharge, rebalancing the density of development towards Crinnis beach and away from Shorthorn whilst achieving a lighter touch on Shorthorn plus an overall commitment not to increase unit numbers or the leisure/retail floor space beyond the previously approved amounts.

Officers at Cornwall have supported this approach and as a result, a Planning Performance Agreement has been signed between the two which establishes a common ground from which to progress.

As part of the discussions, Cornwall Council has accepted that the principle of development has been established and negotiations have moved forward to incorporate an agreed vision which incorporates 12 key objectives. The scheme already has the benefit of an extant planning permission granted in 1990 which the developer says can still be built to an exceptionally high standard.

A public exhibition outlining possibilities for the way forward is due to be held from Thursday October 8 to Saturday October 10 at the Information Centre on the site to give residents and stakeholders the opportunity to talk to the project team. This will be followed up by a further two public exhibitions and once all the feedback has been properly considered, a revised planning application will be submitted next year.

A series of preview meetings are also planned with interested parties such as ward and town councillors, local businesses and CarlyonBayWatch.

Jon Kenny, development director of CEG, said: “We have now identified a new approach to the development that goes much further in meeting the requirements of all the stakeholders concerned.

“We appreciate Cornwall Council’s willingness to go back to the drawing board and have agreed that we should all aim to create a dynamic development for Carlyon Bay that will involve high quality design and building technology to create a first class holiday complex.

“The revised scheme will reflect the fact that we have taken many of the original concerns on board and will be an all-round improvement with the positive aspects of the earlier schemes being reinforced and the negative impacts being reduced.

“This does not mean that the council has made up its mind about whether to support a new planning application, but there’s real merit in sharing topline thoughts at an early stage.

“Part of this process is to run a public consultation programme to give everyone the chance of having input into the final scheme,” he said.

The key objectives that the exhibition will focus on are:

• To be more sustainable in economic, environmental and social terms

• Not to increase unit numbers and the leisure/retail floorspace

• To rebalance the quantum of floorspace on Crinnis and Shorthorn beaches

• Ensure the sea defences provide protection to dwellings to meet a 1:200 year standard

• Achieve a design that is appropriate for Cornwall

• Be a positive benefit to the local economy

• Provide a variety of landscape areas

• Increase the size of the beach without involving beach recharge

• To prepare an informal planning brief

The proposed beach recharge method which had raised concern due to the number of construction traffic movements would be dropped and a ‘dune-scape’ approach would be adopted on Shorthorn Beach.

The exhibition is being held on site at the Information Centre, Crinnis Beach, Carlyon Bay and will be open to the public from: Thursday 8th October 2pm – 8pm; Friday 9th October midday – 8pm and Saturday 10th October 9.30am – 3.30pm. 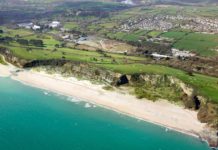 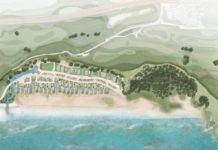