One of Cornwall’s leading holiday home specialists says 2009 is fast becoming an extremely busy year in terms of UK and foreign visitors to the Duchy, despite initial concerns over the recession. Aspects Holidays, which has over 200 holiday homes, cottages and apartments throughout St Ives and west Cornwall says enquiry and booking levels are already significantly higher than in 2008 and increasing month by month as people opt to holiday in the UK.

The company, which celebrates its 20th anniversary later this year, says that whilst people have left it later to book their annual holiday, which gave rise to concerns at the start of the year, there has been a significant increase in bookings from both UK and overseas visitors as the season has developed.

According to Damian Sargent, business development manager at Aspects Holidays, despite worries about the impact the recession would have, booking levels reveal that more people are now opting for UK destinations compared with previous years. Coupled with the fact that both the Euro and Dollar have been performing well against the Pound, and 2009 is set to be a very busy year says Sargent.

“Overseas visitor numbers have increased by 20% – particularly from Germany and the US – and despite fears over the recession, 2009 just keeps getting stronger and stronger in terms of booking levels, developing into what looks likely to be a bumper year from a visitor perspective.What we have seen is a change in the way people book, with much shorter booking lead times, as people are leaving their decision much later than in previous years, which given the financial climate, is understandable. “We are also seeing more group bookings as families and friends decide to holiday together, which has also seen a requirement for larger properties.

“All of these factors, combined with the fact the weather has been excellent and looks likely to remain so for the rest of the summer, are contributing to what is turning into a very good year for the Cornish holiday home market,” said Sargent. Earlier this month, a nationwide survey carried out by Travelodge highlighted that Cornwall was the number one destination for holidaymakers in the UK in 2009. “The predictions of a very busy year for Cornwall certainly seem to be coming true,” added Sargent, “the challenge now for the tourism sector in Cornwall, across all levels of the industry, is to give visitors, who in previous years have opted to holiday abroad, the type of positive holiday experience that will make them want to come back again in 2010.” 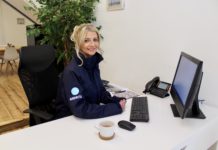 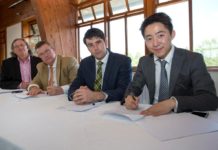 Cornwall reaching out to China