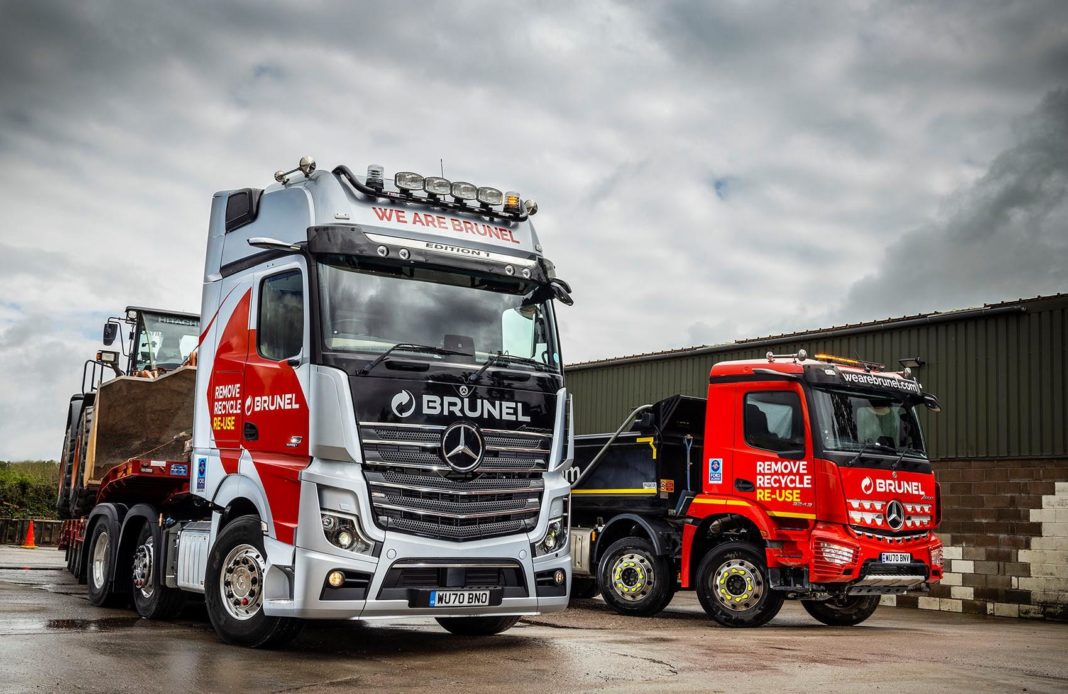 Cornish operator Brunel has marked the beginning of a new era by introducing another two Mercedes-Benz trucks, including a limited-edition flagship.

Having traded previously as Brunel Recycling, it has just adopted a fresh new image.

“This business has grown to offer so much more than just recycling,” explained MD Brian Venables. “Our rebrand reflects this. We will now be known simply as Brunel.”

Brunel is accredited to Bronze standard by the Fleet Operator Recognition Scheme (FORS) and runs 11 trucks, all but the oldest of which wear three-pointed stars and arrived via dealer Rygor Commercials. The new vehicles are the first to wear the new, shortened form of the company’s name.

The new Actros Edition 1 is also its first tractor unit. Just 400 of these models were built, and of these only 35 were made available to UK customers. The other new vehicle is an eight-wheeled Arocs tipper, which had been pre-bodied for the dealer’s stock and was delivered at short notice.

Family-owned Brunel operates from headquarters in Saltash. Its roots date back to 1989, when David Venables established a landfill business, to which he then added a waste transfer station and skip hire venture.

The founder retired in 2014, at which point his son Brian took over and adopted the ‘Remove-Recycle-Reuse’ motto which is also proudly emblazoned on its Mercedes-Benz trucks. Today, the company provides a comprehensive portfolio of haulage, demolition, recycled aggregates and concrete services to customers throughout Devon and Cornwall.

Brian Venables worked alongside his brother and co-director Max until 2018, when Max left to become MD of Plymouth Albion Rugby Club, which the family also owns.  Brian, whose wife Nadine is Brunel’s operations manager, reported: “Our experience of running Mercedes-Benz Trucks over the last six years has been entirely positive. We’re very proud to be running a fabulous Actros Edition 1 – as our first tractor unit, it’s added an extra dimension to our range of capabilities.”

He added: “With a fresh new look, our succinct new name honours the heritage of our business. The wide range of services we provide to the construction industry remains the same, and we’re still committed to providing an excellent service to our customers, among them some of the UK’s leading construction companies.” 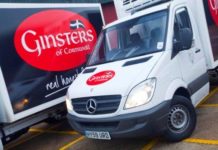