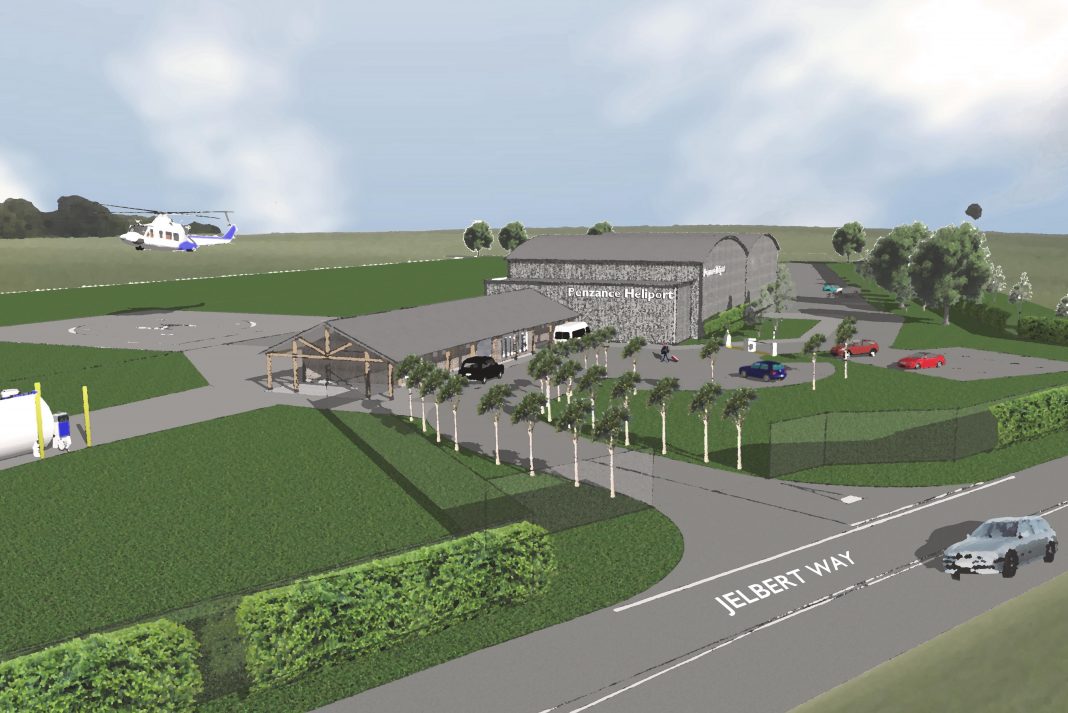 Plans have now been submitted to Cornwall Council for a new heliport in Penzance.

In what is being seen as a major step forward in reinstating the helicopter route between Cornwall and the Isles of Scilly, the submission follows consultation events held in Penzance and St Mary’s last month.

The planning authority will soon start its 21-day formal consultation process, inviting people to officially make any comments in response to the application.

Robert Dorrien-Smith, owner of Tresco Island and one of the investors in Penzance Heliport Ltd, said: “This is a major milestone in the project to bring back the helicopter service.

“We’ve had an overwhelming level of support since announcing the plans to reinstate the helicopter service.

“However, any feedback received to date does not feed into the official planning consultation. We now need everyone to send these comments and show support for the project to the planning authority so they can be considered by the committee.”

A decision on the planning application is expected in early 2017.

Members of the public can comment on the proposal by visiting the online planning portal (reference: PA16/09346)- www.cornwall.gov.uk/planning.