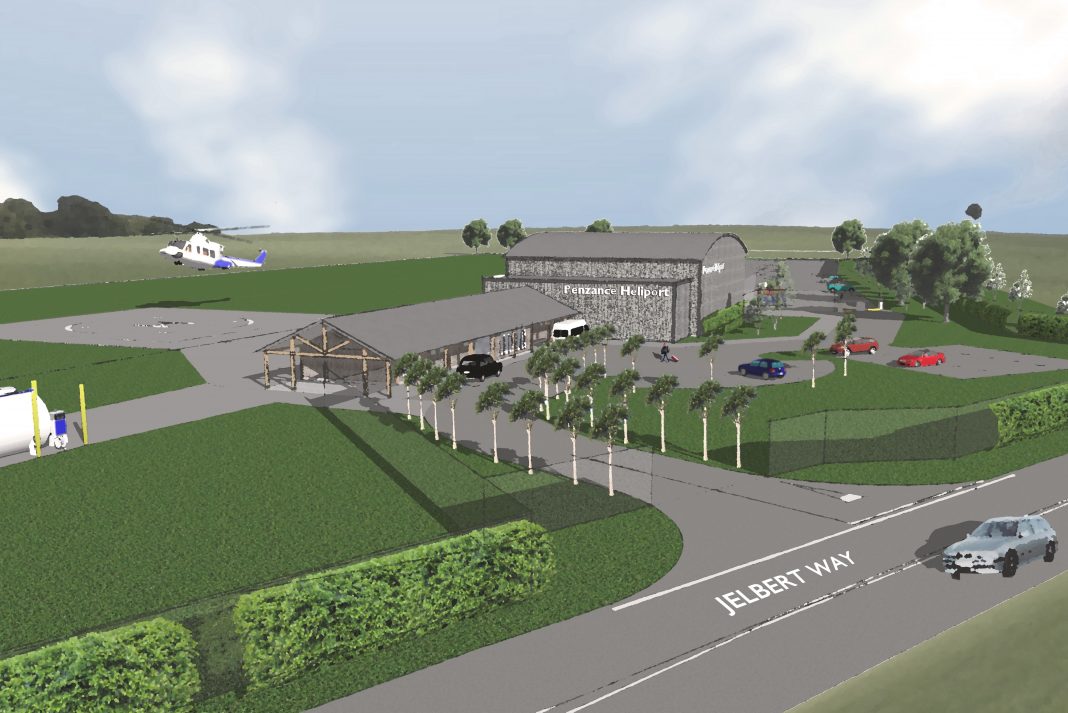 Plans are being put together for the reinstatement of the scheduled helicopter service between Penzance and the Isles of Scilly.

A planning application for a new heliport on Jelbert Way, Penzance, is expected to be submitted this autumn following a public event to discuss the scheme on September 8.

The proposed location for building the new heliport is adjacent to the site of the former heliport on Eastern Green, where a helicopter service for the islands operated successfully for 48 years, until it shut down in October 2012.

Residents, visitors and businesses have all been affected by the loss of the service and there have been calls for its reinstatement ever since.

The £2 million private investment is hoped to be completed in early 2018. The year-round service will be operated by modern AW139 15-seater helicopters.

One of the investors in Penzance Heliport Ltd is Robert Dorrien-Smith, owner of Tresco Island. He said: “The reinstatement of the popular and efficient helicopter service will provide a much needed injection of confidence and opportunity into the economies of both the Isles of Scilly and west Cornwall.

“Since the Penzance to Isles of Scilly helicopter service ceased we have received continuous requests for its return. The helicopters, thanks to lower level flying, can operate in poorer visibility, and therefore it will not only provide greater transport options, it will also provide better access and flexibility for those visiting, working and living on the islands.”

Derek Thomas, MP for St Ives & Isles of Scilly, added: “After months of very careful planning and consideration we now have a genuine commitment and proposal to reinstate the helicopter service between Penzance and the Isles of Scilly.

“I am in full support because this investment will be a significant boost for our economy, both in west Cornwall and on Scilly, and help to address many of the concerns that people on the islands have regarding transport, particularly during winter months.”

Local Penzance residents and businesses are invited to view and discuss plans with the developer, Tresco Estate, and the project consultants, WYG, between 2pm and 8pm on Thursday, September 8 at the Acorn Theatre, Parade Street, Penzance.

There will also be a public exhibition for islanders to find out more about the helicopter service on Friday, September 16 (12.30pm – 3pm) at The Old Weslyan Chapel, St Mary’s.