Ryanair is holding a press conference tomorrow where it is expected to announce a return of flights to Newquay Airport after a four-year absence.

The budget airline withdrew from Newquay in 2011 in protest at Cornwall Council’s controversial £5 airport development fee (ADF), which is levied on travellers departing the airport.

The Council is set to scrap this charge from the end of March 2016, however, paving the way for the airline’s return.

Adam Paynter, the Council’s cabinet member of resources, said the decision had been taken following an increase in passenger numbers at the airport, which had led to higher revenues and correspondingly a reduction in the current level of subsidy provided to the airport.

He said: “We want Cornwall Airport Newquay to play a greater role in supporting businesses and provide more opportunities for people in Cornwall to take advantage of the services it provides.

“With the significant growth we have seen in the use of the airport over the last two to three years, together with the subsidy continuing to fall year on year, the time is now right to remove the ADF and build on this positive momentum.”

Airport MD, Al Titterington, added: “A number of airlines we make proposals to have stated that the ADF is a barrier to introducing services from the airport.  Its removal will support our route development strategy to attract such airlines to the airport.

“I am confident that new services will commence on the back of this decision by the Council.”

It is believed that Ryanair will operate a route to Alicante in Spain, as well as to a UK destination.

Details will be confirmed during tomorrow’s (Oct 29) press conference at the airport. 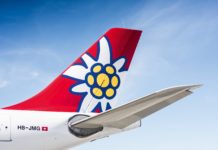