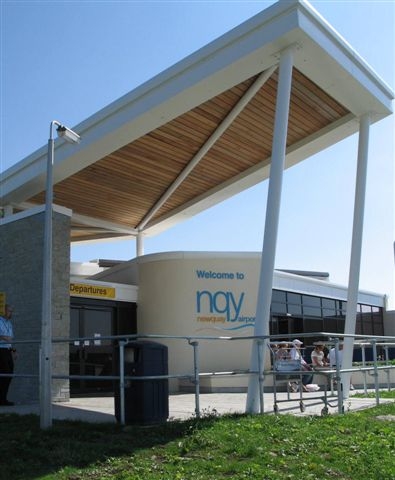 Newquay Cornwall Airport has reported a 28% rise in passenger numbers.

According to latest figures, 78,700 passengers passed through its doors in the first five months of the year, compared to 61,500 (Jan-May 2013) in the same period a year ago.

The rise in numbers is in part down to the increased number of flights that were put on earlier this year when violent storms ripped up the rail track at Dawlish.

But the airport says that the increase has continued into the spring with April and May showing 25% and 15% growth respectively, compared to the previous year. It says that London Gatwick, Manchester and the new Birmingham and London Southend services are particularly strong.

MD, Al Titterington, said: “The growth in passengers is really positive and reflects the upturn in the economy and all routes are performing well.

“The airport is a key part of Cornwall & Isles of Scilly transport infrastructure and the connections available for air travel are growing and we hopeful to announce new routes for 2015 in the coming months, which will see this passenger growth trend continue.”