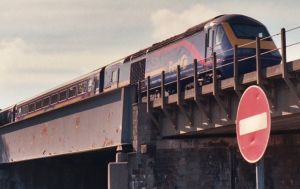 First Great Western announced that all lines between Exeter St Davids and Penzance are now closed.

The fierce storms have completely destroyed a stretch of the railway line on the coast in Dawlish, leaving the track suspended in mid-air. Being the main line into Cornwall this will cause great disruption to any business members intending on travelling in or out of the county via rail.

Network Rail have estimated that it could take between four and six weeks to repair and rebuild the line.

Patrick Hallgate from Network Rail said: “This is probably the biggest structural engineering feat we’ve faced in the South West for at least the last decade.”

It is important that local businesses plan to use alternative transport to avoid major disruption.