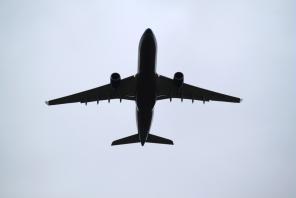 With the rail in chaos and uncertainty still surrounding the long-term future of airlinks to London, Malcolm Ginsberg, editor in chief at Business Travel News, explains how RAF Northolt could provide a long-term solution

It is not often that Business Travel News can say “I told you so”, but the bad news is that Cornwall, and for that matter much of Devon, now has no rail links to London, and could last for months.

At the end of March, Flybe was also due to stop its three times daily air service between Newquay-Cornwall Airport and Gatwick, selling its slots to easyJet. Presumably in the summer the route is profitable and the airline has now negotiated landings with the south London airport to take it through to November. What happens after that is anyone’s guess.

The history of air travel to the south west in recent times is interesting.

In the nineties the local airline, Plymouth-based Brymon, sold out to British Airways who stopped its pioneering operation at London City (only to return at a later date) and pulled out of the up to five times daily Heathrow service in order to use the slots for more lucrative routes. Plymouth had boomed during the 10 years of Heathrow with a number of multinational companies setting up in the city.

Subsequently BA sold the operation, and the Plymouth City Airport itself, to a local property development company (Sutton Harbour Plc). One runway was closed to make way for houses and a lengthening of the other one somehow ran into difficulties. Now renamed Air South West, Sutton Harbour sold the airline to Eastern Airlines and closed Plymouth Airport. Eastern then shut down its remaining Newqay link to Gatwick leaving newcomer Flybe, who overflew Plymouth, as the sole operator into the nation’s capital. However under the terms of the lease (from Plymouth City Council) Sutton Harbour cannot build on the airport site until 2021. Plymouth City Airport now lies derelict, still possibly operational if a plan could be put together.

A number of questions have to be asked, some of which relate to Sir Howard Davies Airport Commission who has apparently ignored the need to secure regional connectivity. There is a need to look at interim domestic capacity options in his report on new runway options for the UK.

Cornwall and Devon is not the only regional area to have suffered from weather with surface links under pressure. The same has happened to Cumbria with landslips closing the west coast main rail line. Carlisle Airport is not linked to London but could be.

There is a very simple solution to the problem. Securing less than 2km of runway is significantly easier than doing so for 1,000km of rail track.

Open up RAF Northolt with its runway which is 50% longer than London City under the emergency conditions for civil scheduled commercial services. The airport is already used by large executive jets and also the Royal Flight with its BAe 146 aircraft. Clearly it is safe and technically possible.

What this would do is show the potential of the airport and focus on it as a remedy to the slot problem at Heathrow and more importantly replace the vanished air links to London from the regions. We are down to seven from 20 a decade back, all lost to continental hubs. Terminal Five to Northolt is less than 15 minutes, environmentally and time wise making much more sense than Gatwick.

We now have a wonderful opportunity to try a different approach to the London hub problem, which will help alleviate the current crisis, greatly assist the regions and save the Government money (passengers will pay for use of Northolt).

Operations could be into Northolt virtually instantly. The civil base is there and can be operated in conjunction with the military operations as at present and as happens at Belfast International and RAF Aldergrove.

Worsening and more fickle weather looks like becoming a permanent feature, which means we must have alternative modes of transport to ensure resilient connectivity from the whole country, not just for London!

Northolt will give Sir Howard something to think about too. And the Treasury will find it very attractive too.

Perhaps a local MP can raise the question to the Prime Minister in Question Time. He is a big user of Northolt.

Malcolm Ginsberg is editor in chief of Business Travel News and has intimate knowledge of flights to the south west having acted as Brymon Airways man in London from the start of the Newquay to Heathrow air service in 1977. These days he acts as a consultant to Classic Air Force at Newquay Airport