The Newham Business Improvement District, in partnership with Fal River Buses, is launching the first ever bus service for Newham.

The pilot project, starting on Monday January 27, will provide a free bus link from Newham to Truro’s bus and railway station linking to the park and ride, for Newham’s commuters to and from Newham.

This will assist the workers, from across 100 businesses, in Newham to get to and from work. Once the route is established, fares will be introduced.

Peter Beaumont, chairman of the Newham BID, explained: “The Newham BID highlighted the need for public transport provision at Newham so it’s good news we’ve been able to deliver a bus service within the first four months of being operational.

“The extension of the pilot will be dependent upon the take up of the service and ultimately it is intended to stimulate the set-up of a commercially viable bus service in and out of Newham.”

Tim Light, MD of Fal River Buses, added: “ We are delighted to be working with local businesses through the Newham BID to develop a sustainable transport plan for the Newham area and hope that the bus trial will lead to a full time service in the future.” 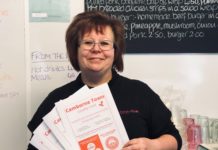