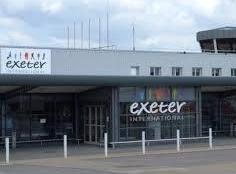 Exeter International Airport is under new ownership today, after Balfour Beatty sold its 60% stake to the Rigby Group.

BIH used to operate the now defunct Penzance to Isles of Scilly helicopter route, but still maintains a presence in Cornwall at its Newquay Airport maintenance base.

Rigby Group chairman, Sir Peter Rigby, said: “We believe in the importance of regional airports and of their value to the local and regional communities and of their important contribution and place in the local economies.

“We are intent on developing our aviation business, within the Rigby Group, and we have made a significant acquisition here, and recently with the acquisition of British International Helicopters, in the course of the last month or so.

“We now intend to consolidate both of these opportunities with a view to being a leading group in the sectors of regional airports and helicopter operations. Approximately 450 jobs are now sustained in our aerospace activities.”

Sign up for the Business Cornwall magazine iPad app