Air SouthWest has announced that it is scrapping its twice daily route between Newquay and London City Airport.

When the route was launched last April, it was hailed as a “lifelife” by the local business community and a “massive confidence boost” for the local economy.

However, Air SouthWest said the route has not been able to pay its way. The last flights for London City will depart on May 21. 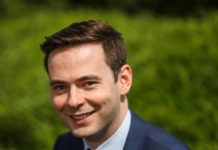 Airline closure ‘a blow for economy’