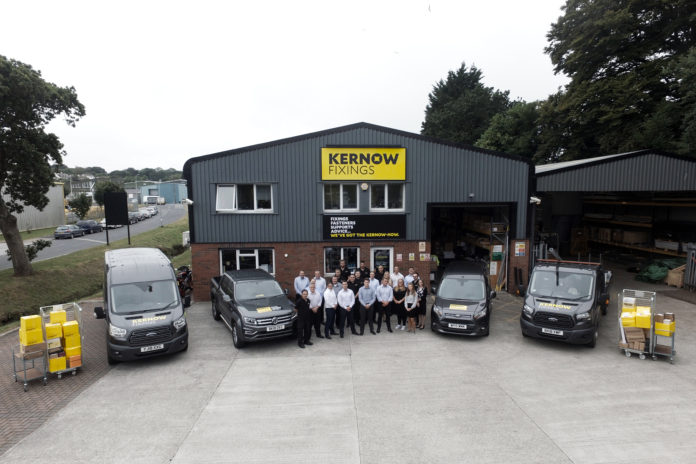 A Cornish family-owned electrical wholesaler has been celebrating 30 years in business.

St Austell-based Kernow Fixings was founded by Caleb Furse, who had spent the previous 46 years as a fisherman out of Mevagissey. However, in the mid-eighties, when the fishing industry went into decline, he decided to change course to build a better business for his children, and in 1989 moved from fishing to fixings.

Initially operating from a garden shed as an office and a small caravan as a warehouse, Kernow Fixings supplied local trades with the likes of bolts, screws and other fixings. The family business is now in its third generation and has gone from strength to strength.

To kick off its anniversary celebrations, the company recently enjoyed a BBQ cooked by the directors.

MD, Nathan Prisgrove, said: “Reaching 30 years is a significant milestone which we’ve really wanted to celebrate this year. It’s a fantastic achievement and we’ve come a long way since 1989, but we’re also looking forward to an exciting future ahead.

“Fishing is like farming, it was a way of life. Back in those early days, fishing was tough work and on many occasions very dangerous and life-risking. Moving from fishing to fixings was a revolutionary change in our lives, but undoubtedly, the past 30 years have proved it was the right decision to make.”