A Cornish clothing retailer has been named to a list of Britain’s fastest-growing international sales stars.

Ranked in 28th position, Falmouth-based Seasalt is a new entrant on the list and Cornwall’s only entry this year.

The business, which was founded in 1981 as a store in Penzance, sells its Cornish-inspired clothing to 56 countries around the world, including Germany – its largest export market. 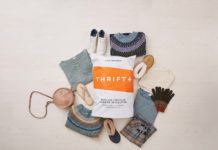