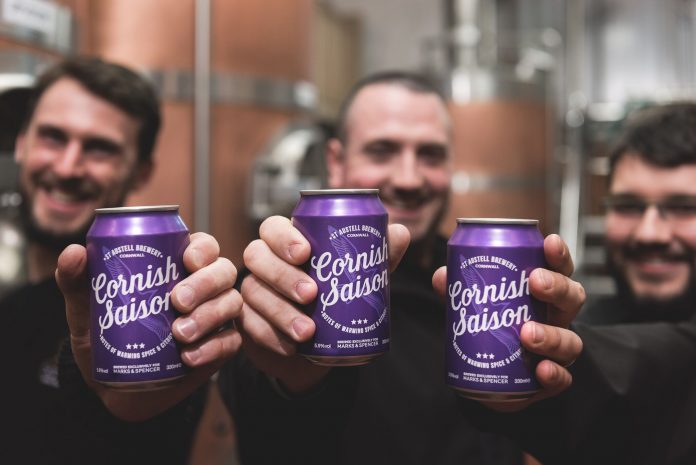 St Austell Brewery has been selected by a leading national retailer to brew it a new bespoke beer.

Launched last week in stores nationwide, Cornish Saison is being brewed exclusively for Marks & Spencer and is included as part of a new permanent range of own-brand beers.

Saison (5.9% ABV), meaning ‘season’ is a “refreshing and thirst-quenching beer for summer, with notes of black pepper, spice and citrus, offering lightly tart, sweet flavours and a fresh aroma”.

First brewed on St Austell’s Small Batch brewery in collaboration with beer sommelier and award-winning writer, Melissa Cole, it is fermented with a special strain of ‘Saison’ yeast, to “deliver an assertive yet refreshing beer”.

Traditionally produced on the farms of southern Belgium, a ‘Saison’ or ‘Farmhouse Ale’ was historically brewed with ingredients from the land; a refreshing reward for farm labourers after their toils in the fields at harvest.

St Austell Brewery’s head brewer, Roger Ryman, said: “We’re proud to be have been selected by Marks & Spencer to brew a Cornish Saison for distribution in stores throughout the UK.

“A Saison is a much-loved traditional beer style, but we’ve put our own unique Cornish twist on it. Our interpretation is brewed with a blend of premium Maris Otter barley, wheat and oat malts along with our own local water. It’s bursting with flavour and has a hint of cinnamon, a peppery spice and refreshing citrus finish.”

The Cornish Saison isn’t the first time St Austell Brewery has been asked to brew for ‘Marks & Sparks’. The brewery also brews and bottles other own-brand beers, including a Cornish pale ale, an IPA, a six malt stout and a Cornish red ale. 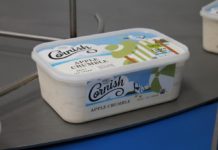