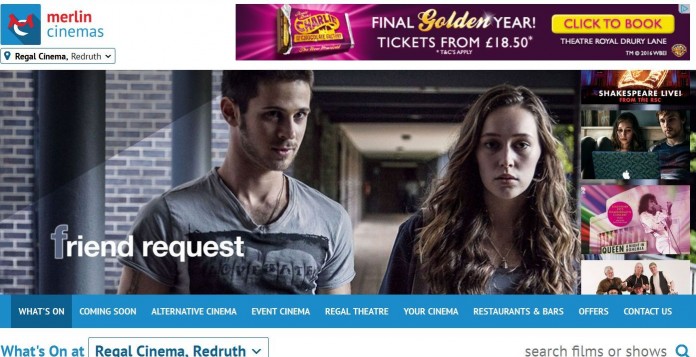 Merlin Cinemas has continued its expansion across the UK, taking over the operation of the Scala Cinema in Prestatyn.

From its head office in Penzance, the company has ten cinemas in Cornwall and Devon as well as others in Gloucestershire, Norfolk and Caithness in the north of Scotland.

It specialises in running traditional rural and coastal cinemas, each aimed at being an important part of the local community.

For the Scala, with two recent changes of operators previously; this will hopefully be third time lucky. Merlin director, Geoff Greaves, believes the strength of being part of a bigger independent group will help deliver the latest films and also allow for a more cost effective operation.

He said: “We are very excited about taking over this beautiful and modern town centre cinema following discussions with the previous operator and officers from Denbighshire County Council who were keen to see a seamless transition between exhibitors and who worked hard to achieve this in a very tight timescale.

“We are confident we will be able to give the Scala a successful new lease of life with more varied film programming, and the introduction of our popular Movie Magic Card, which makes regular cinema going great value.

“We also have plans to develop the site further to improve the experience of a complete night out when attending the cinema. With UK cinema attendances at their highest level for many years and a strong line up films ahead, we believe the future once again looks bright for the Scala Cinema Prestatyn.”