The final upgrade work to the sewage system in Truro has been completed, much to the relief of local traders.

The last holes were filled in on Kenwyn Street last week, with businesses breathing audible sighs of relief.

One business that was affected by the road closures throughout the city was Three Rivers Furniture on Kenwyn Street.

Owner, Matthew Hurst, said: “It’s been tough, especially happening in our first year of trading, but we have managed to get through it intact.

“Some other businesses haven’t been so lucky.”

The store opened in May 2012 shortly before the sewage works started.

“Businesses like us at the top end of Kenwyn Street have been affected more than most as our road has been closed for longer.

“Being a furniture shop our customers need to park to collect but access has been really tricky and we felt a little let down by the signs used to direct shoppers compared to the other sections.

“Having said that, we are a resilient bunch of businesses and have dug in. I think we have had to work harder to build up our reputation.

“As a business, we bought a small van to do local Truro deliveries, often same day, and we also extended opening into Sunday opening to maximise footfall.”

It wasn’t all doom and gloom however.

“Oddly enough August was our busiest month since we started trading,” added Hurst. “And we are hopeful that the end of the road works will mean this continues into the autumn and winter months.” 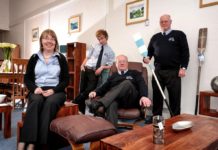 Spiezia with a dash of Seasalt 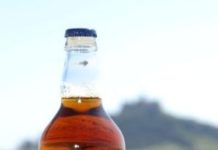