St Austell’s Cornish Market World is among the businesses that have been left counting the cost in the wake of the flash floods that hit parts of south east Cornwall.

The site, located at Par’s Stadium Retail Park, is Cornwall’s largest indoor market and home to around 86 traders, plus Kidzworld – the children’s soft-play attraction and The Kids Academy – an Ofsted-approved nursery and childcare facility.

Malcolm Ball, chief executive of Town and Country Markets Ltd, the company that operates the site, said: “Like everyone that has been affected by these floods, we are absolutely devastated by the damage that has been done.”

“As you would expect, water 2-3 ft deep inside an 80,000 sq ft building is going to do a lot of damage. It’s destroyed much of our traders’ stock and it will hit them hard, particularly as we are in the run up to the busy Christmas period.

“We certainly won’t be open this weekend and it’s too early to say whether we’ll be open the following week. All I can say is for customers to please keep an eye out in the local press and also visit our website as that will be kept up to date.

“I’d like to thank my colleagues, including Tony Thomas, the site’s manager and all of the traders for their hard work during such a difficult time. The clean-up will take some time and plenty of true Cornish grit and determination… something that they have in spades!”

Ball went on to explain that The Kids Academy, the Ofsted-registered nursery and childcare facility will probably have to re-open in temporary buildings located in the car park – with details being announced in the next few days. 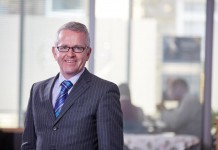 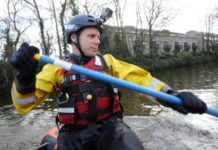