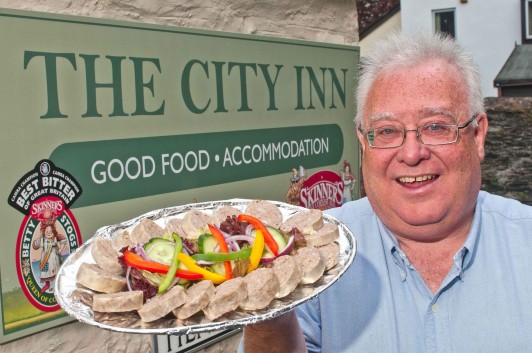 Hosted by The City Inn in Truro’s Pydar Street, the event, which aims to celebrate the forgotten West Country sausage, is believed to be the first of its kind.

Established to raise money for the Mount Edgcumbe Hospice, the competition has drawn entries from butchers across Cornwall.

“We’ve got 11 butchers from across Cornwall confirmed with more entries coming in daily.

“We’re also hoping to have a representative from the Isles of Scilly here, although we’ve had no entries from Devon so it will be great that the winning Hogs Pudding will definitely be Cornish!”

The winner will be voted for by the public during a blind tasting session which takes place between 1pm to 4pm.