Churchtown Farm, home of Scilly postal flower delivery business Scent from the Islands, is to be featured in a 50 minute documentary on German/French TV channel ARTE.

The programme’s German director, Heiko De Groot, heard and read about the family-run company based on St Martin’s and also about the beauty of the islands and the many flower growing businesses, which are an important part of the Islands’ economy.

De Groot’s programmes focus on people whose lives are centred around Scilly’s natural environment, overcoming the challenges they face on a daily basis with the help of family, friends and the local community. Before visiting the Scillies he had completed programmes featuring the world sheepdog trials in Wales and one on the interactions of alligators and humans in Florida.

He said: “I had been reading about the Isles of Scilly, its nature and its unusual flower production, I had also read about the impressive work of the Julian family and their awards.

“The Churchtown Farm documentary is a snapshot of the family’s daily life featuring Keith who has been at the farm since it was founded 25 years ago stepping down from his role as field manager. We follow the Julians – Ben, Zoe and their two young children, Rosie and Piran – during Keith’s last days on the job as he prepares the handover. Seeing him pass on his knowledge and skills helps the audience understand the true nature of flower farming in such a remote place.

“Filming on St. Martin’s was a wonderful experience. We learned so many exciting things about island living and it was an honour to be there for the last working days of Keith Low as the field manager of Churchtown Farm. We are very thankful to all the people we filmed and all the others who were very supportive.”

The story will also be featured in GEO magazine which is reputed for its coverage of cultural, wildlife and scientific topics. 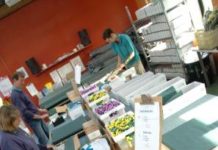 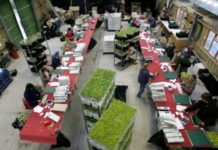