The Federation of Small Businesses (FSB) has called for the Bank of England (BoE) to hold fire on any further interest rate cuts ahead of the Monetary Policy Committee’s decision today.

Figures from a survey of over 4,000 small businesses show that the recent rate cuts have not provided the boost to the economy that many hoped for.

According to the poll more than two thirds (63%) want the BoE to keep rates at their current level of 1.5%. Only a quarter (24%) said they would like a rate decrease – down from 58% who called for a rate cut in a similar survey conducted in December 2008.

This indicates small businesses are not feeling the impact of the interest rate cuts and that access to finance, rather than the cost, remains a key problem.

John Wright, FSB National Chairman, said: “These figures suggest that the recent interest rate cuts are not having the desired effect and other means of economic stimulus are required.

“Small businesses are clearly worried that this monetary policy has been used extensively over the last few months yet they are still struggling to access cheaper finance.

“The concern now is that if rates are cut any further there may not be too much more room for manoeuvre in the economy. The onus is really on the banks to start promoting these lower rates to fire up the economy.”

Carol Wells, FSB National Vice-Chairman and Cornwall Regional Chairman,
added: “It is so important that local  businesses to have confidence in their banks but I fail to see how this will help. When small businesses have more in savings than they have borrowings this sort of action has more impact on them as a sector and that will create more tension in our local area which of course is made up a mainly small businesses.” 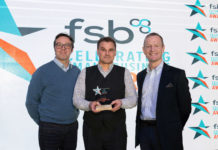