Redruth is to receive a share of the £95 million High Streets Heritage Action Zones (HSHAZ) fund.

The grant of £1,689,063, awarded by Historic England, will attract a further £3 million of investment from the private and public sectors. Commitment already secured will see:

Redruth’s rich legacy of buildings from the mining boom is now suffering significant deterioration after decades of economic decline. 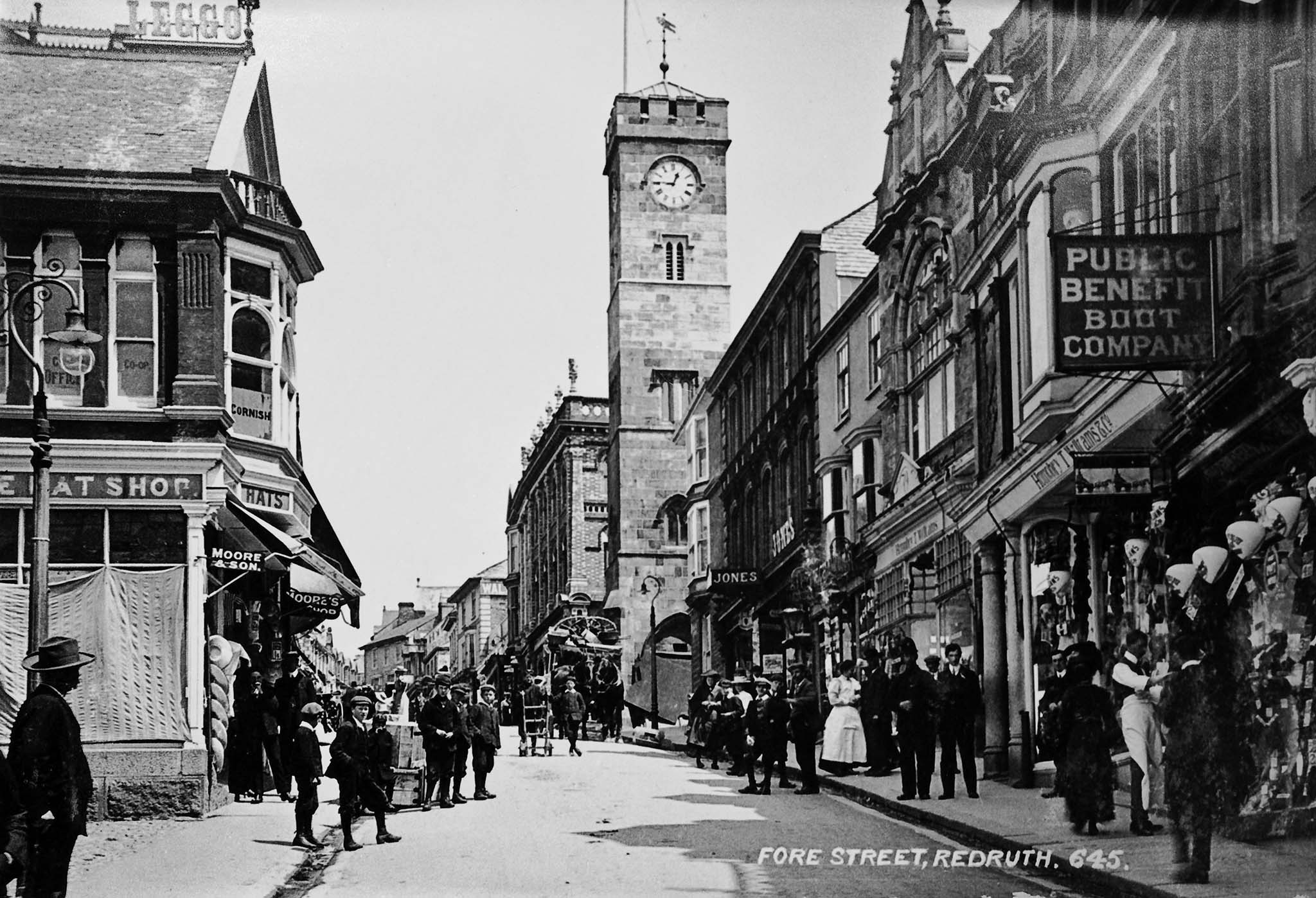 It was for centuries one of the greatest market towns in Cornwall, with metal ore extraction a key factor in Redruth’s economy from at least the 13th century. During the 18th and 19th centuries the town became the administrative and financial centre of hard rock mining in western Cornwall, making it probably the most significant town within the Cornish Mining World Heritage Site. The scale of mining required a rapid expansion in workforce and supporting infrastructure, such as extensive terraced housing, public buildings, chapels, shops, roads, tramways and railways.

In 2011 the town launched the Redruth Action Plan Project with the aim of ‘bringing the heart back into Redruth town centre’ through a focused programme of intervention and valuing of the town’s heritage assets and World Heritage Site status.

In 2015, Cornwall Council secured £11.7 million from the National Lottery Heritage Fund to transform the derelict historic Redruth Brewery building into an extraordinary archive and library space, bringing together the world’s largest collection of manuscripts, books and documents relating to Cornwall.

Kresen Kernow opened its doors in September 2019 to much acclaim and building on this momentum, and the growth of Krowji on the edge of the town centre into Cornwall’s largest creative industry cluster, the decision to put Redruth forward for the Heritage High Street Fund was taken by Cornwall Council.

The aim of the investment is to be a catalyst for improving the prosperity of the town centre so that it can continue to serve the local community and businesses, adapting to the challenges that all high streets were experiencing, even before Covid-19.

Cllr Barbara Ellenbroek, chair of Redruth HSHAZ Project Board, said: “I am delighted to hear that Cornwall Council’s bid to the High Street Heritage Action Zone scheme for Redruth has been successful and that this will help Redruth to build on both its exceptional historic townscape and the success of recent investment in creating Kresen Kernow on the former Redruth brewery site.

“As a former member of the Town Vitality Inquiry at Cornwall Council, which sought to find ways the council could work with Cornish towns to make them fit for the 21st century, it has become increasingly apparent that we need to look at assets other than retail in order to promote and support our town centres. I feel that Redruth, with its ambitious and committed town council, Cornwall councillors, local businesses and local residents, who already do so much to promote it, has a very real opportunity now to act as a template for other towns to follow, building on their own distinctiveness. Redruth HSHAZ will give both employment and hope in a town that wants to be great again.”

Tim Dwelly, Cornwall Council cabinet member for culture, economy and planning, added: “The timing of this announcement couldn’t be better as shops begin to reopen after lockdown. The impact of Covid-19 exacerbates the many years of decline that our high streets have felt, hence the focus that Cornwall Council has given recently, undertaking a Town Vitality Inquiry and launching a new fund for town centre regeneration that will build on such schemes.”