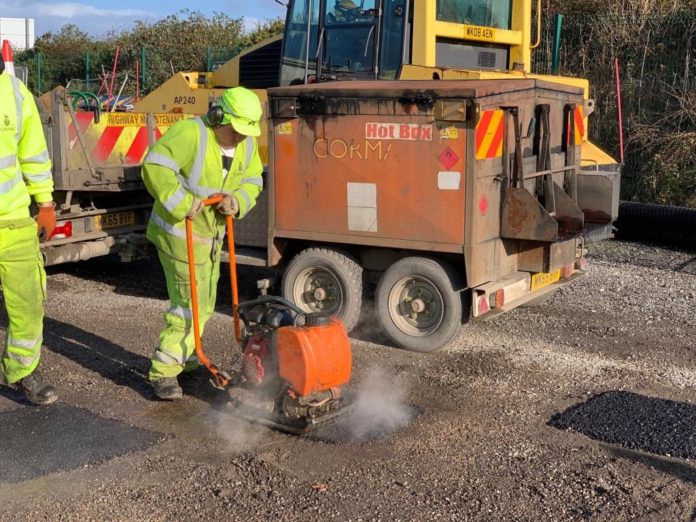 In a first of its kind for the county, and possibly the UK, Cormac has successfully tested biomethane-fuelled equipment to fill pot-holes and help repair the roads across Cornwall.

Working closely with local clean energy company Bennamann Ltd, Cormac has converted one of its road surfacing machines to run on this alternative fuel source. This demonstrates a new approach by using viable net zero carbon energy from animal waste, such as cow manure, collected and processed on a Cornish farm.

Biomethane is a naturally occurring gas that is produced when organic matter such as plants, manure, sewage and food breaks down. Methane is typically a harmful greenhouse gas that contributes towards global warming, however by capturing it from the material before it is emitted to the atmosphere, it can be used as a powerful renewable fuel instead.

During the trial, operatives Simon Sweet and Paul Matthews used the converted pot-hole repair trailer to heat the asphalt to around 130-140°C, the same temperature they usually use to ready the materials to repair the surface of the road. Powering the trailer’s hot box with biomethane allowed it to retain its temperature during transportation and successfully patch several road surfaces.

While testing is still ongoing, initial data suggests that each converted unit could potentially reduce CO2e emissions by five tonnes per year; this is the equivalent volume to an average hot air balloon. Additionally, biomethane has a 10% higher energy density than propane, the fossil fuel normally used to heat the hot box, improving fuel efficiency.

Cormac aims to expand this trial over the coming months as biomethane shows great potential as an alternative to fossil fuel.  Particularly for equipment or vehicles that are unlikely to become electrically powered in the near future due to financial or technological constraints. 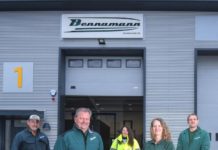 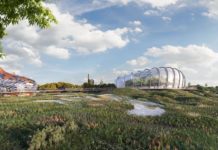