Cornwall Council’s multi-million pound investment in Spaceport Cornwall is set to revolutionise businesses, jobs and skills in the region.

That is the view of the University of Exeter, which has been working on the project in partnership with Spaceport Cornwall, Virgin Orbit, Cornwall Council, the UK and European space agencies and the South West Satellite Applications Catapult.

Despite some vocal opposition from environmental campaigners during the meeting, Councillors voted yesterday (Nov 26) 66 to 34 in favour of an additional £10.3 million of public funding for the scheme, to go with the £1.8 million that had already been allocated.

According to supporters of the project, the spaceport will put Cornwall at the centre of the growing UK space sector, opening the hatch to a £15 billion industry with business opportunities ranging from manufacturing and design to engineering and research.

In the next five years, Spaceport Cornwall plans to create 150 jobs and add £200 million Gross Value Added (GVA) to the economy.

A major opportunity at Spaceport Cornwall is through the launch of satellites and space applications which play a critical role in our understanding of the environment, natural resources and changing world. To support this work, the University of Exeter has established a South West Centre of Excellence in Satellite Applications based at the Penryn Campus.

The university is working with the spaceport and Virgin Orbit to establish an Institute of Extreme Environments, which will bring together world-leading research in areas such as marine and polar sciences, deep earth mining, unmanned vehicles and medicine in extreme conditions.

The Institute will provide a platform for developing research and education programmes that will contribute to the estimated 30,000 graduates needed for the UK space industry by 2030.

Professor Sir Steve Smith, vice-chancellor at the University of Exeter, said: “Our mission at Exeter is to make the exceptional happen by challenging traditional thinking and defying conventional boundaries.

“Spaceport Cornwall gives the whole region an opportunity to take a giant leap forward in science and innovation so that we address some of the big challenges of our time. It is also a great moment to inspire businesses and students to take advantage of the rapidly growing UK Space industry. We congratulate all the partners in making Spaceport Cornwall a reality and thank Cornwall Council for their leadership and investment for the local community.”

Spaceport Cornwall director, Miles Carden, added: “The assistance provided by the South West Centre of Excellence in Satellite Applications has been invaluable, and typical of the joined-up approach employed across all Launch UK partners working together to launch the UK back into space.” 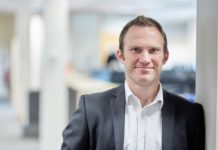 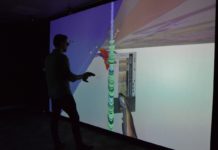