A full meeting of Cornwall Council today voted in favour of funding the Spaceport Cornwall project.

Councillors agreed to rubberstamp £10.3 million of public funding towards the scheme, which advocates say will put Cornwall in a prime position to compete for a share of a global market for launching small satellites that is predicted to be worth £3.9 billion by 2030.

However, the plans have proved controversial with environmental campaigners saying they are at odds with the Council’s declaration of a ‘climate emergency’.

Climate change campaigner, Nichola Andersen, said: “The Council has shown leadership by declaring an emergency but they have not followed it through with their actions – this is the first test of their resolve and they have failed by agreeing to support a vanity project for multi-billionaire Richard Branson.

“This funding expands the airport and increases our carbon emissions at a time when we need to be spending money on things like transport and energy to help the people of Cornwall reduce emissions.”

The business sector has been broadly behind the project, however. Mark Duddridge, chairman of Cornwall and Isles of Scilly LEP, said: “Spaceport Cornwall is about much more than a satellite launch facility. It’s about creating opportunity and high value jobs in our economy, inspiring young people to achieve and creating new businesses through the use of space data.

“Earth observation using satellites is vital to monitoring our changing planet and informing the decisions we must take on the ground if we are to reach our objective of Cornwall being net zero carbon by 2030. The LEP is fully behind this project.” 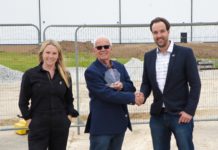