Spaceport Cornwall would use planes rather than vertical take-off rockets to put satellites into space from Cornwall Airport Newquay as early as next year, in partnership with California-based launch company Virgin Orbit.

The spaceport would create 150 direct jobs by 2025 and add £200 million to the Cornish economy every year. It would also act as a catalyst for growing Cornwall’s space sector and inspire young people about careers in science and engineering.

Next week members of Cornwall Council’s Cabinet will decide whether to recommend a £12 million investment in Spaceport Cornwall. If approved, the final funding decision will be taken by the full Council in November.

This would match-fund £7.85 million already committed by the UK Space Agency, which has selected Cornwall as the UK’s first horizontal launch spaceport.

A further £500k is coming from the Cornwall & Isles of Scilly Local Enterprise Partnership, and £2.5 million from Virgin Orbit. The company has invested around $1 billion in a system that uses a 747 aircraft with a rocket under its wing to launch satellites into space. There could be up to eight launches a year from Spaceport Cornwall by 2025. 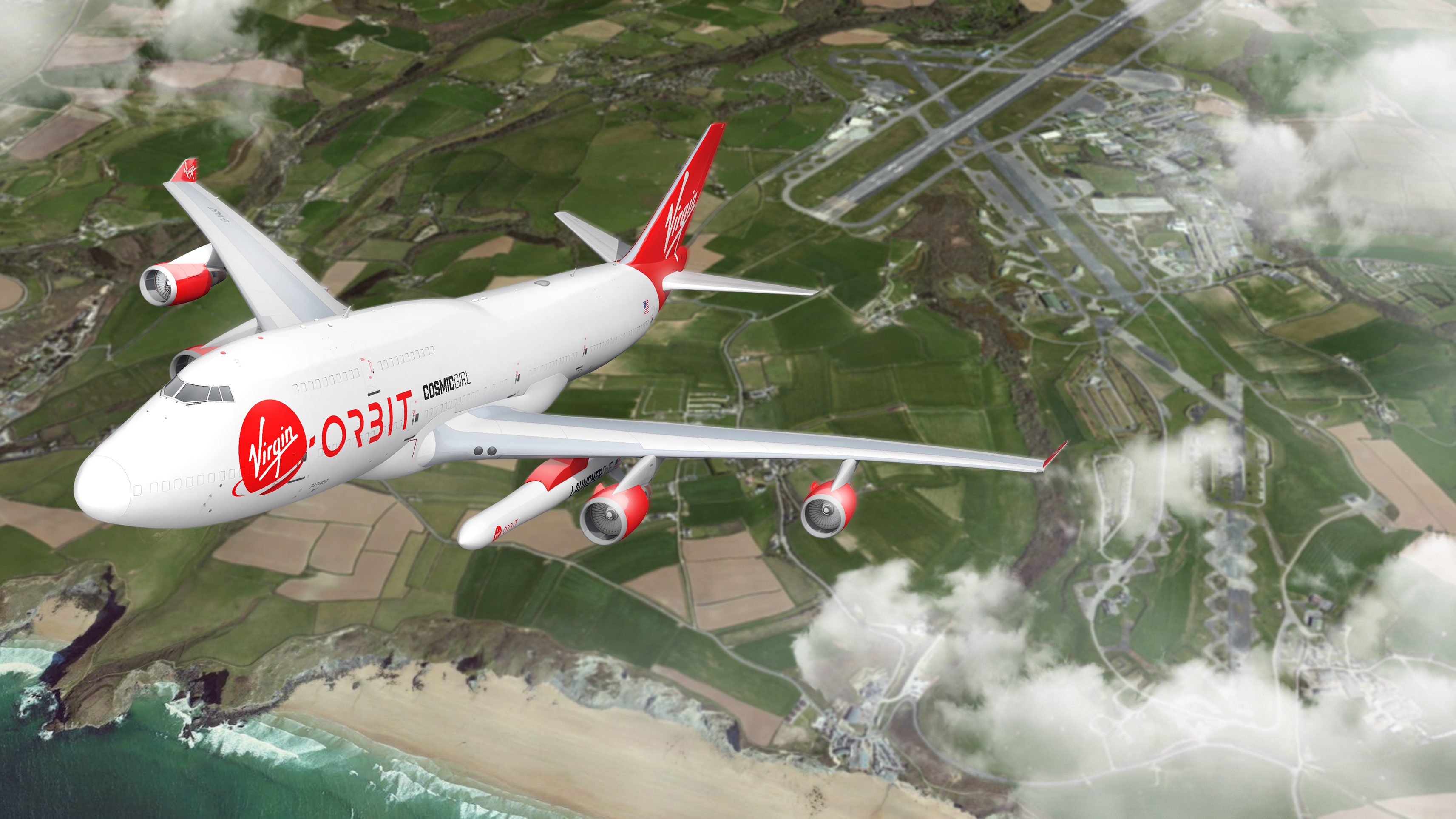 Business and space industry leaders have written to Cornwall Council expressing their support for the plans, saying that a spaceport would boost the local economy, support efforts to tackle climate change by enabling better observation of earth from space, and help the UK realise its ambition of having a £40 billion space economy and 100,000 new space-related jobs by 2030.

In a letter to the Council published as part of the papers for next week’s Cabinet meeting, UK Space Agency commercial space director, Claire Barcham, said: “Horizontal launch from Spaceport Cornwall will help Cornwall to take a leading role in the UK’s emerging spaceflight sector. An operational spaceport in Cornwall also has the potential to act as a ‘catalytic hub’ for the region. This is an extremely exciting time for the south west, which is home to a variety of unique space sector facilities, expertise and assets, including Cornwall Airport Newquay, which have the potential to play a significant role in shaping our future economy.”

Stuart Martin, chief executive of the national Satellite Applications Catapult, whose role is to support the creation of new space-related products, services and businesses, said: “Cornwall now has a unique opportunity to not only establish itself as a critical part of the UK’s space economy, but also to secure a substantial share of the economic returns that the 21st century space revolution will deliver.

“Many satellites have environmental objectives, with much of what we now understand about the environment deriving from satellites. From monitoring the hole in the ozone layer, the melting of polar ice and the changing of ocean currents, through to observing deforestation and ocean pollution. Without satellites, none of this would have been possible. Taken in the round, satellites are a huge force for good in our united fight against climate change and environment degradation, which we will all benefit from in the years ahead.”

“Well-known companies such as Goonhilly Earth Station, Avanti and Flann Microwave are already employing increasing numbers of local people and these established companies are being joined by new businesses. Our members are very excited about the potential of Spaceport Cornwall and the wider business community and I very much hope that Cornwall Council will choose to invest in this exciting opportunity.”

An independent study commissioned by Cornwall Council from the University of Exeter and published two weeks ago concluded that total annual emissions from Spaceport Cornwall would be between 0.04% and 0.1% of Cornwall’s total carbon footprint.

The study said this was not expected to impact significantly on Cornwall’s overall greenhouse gas emissions and efforts in combatting climate change. The findings will be used to inform a carbon offset strategy for Spaceport Cornwall.