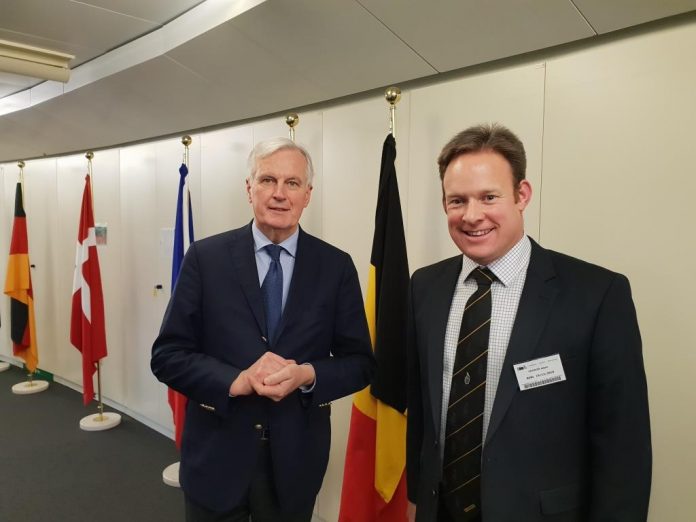 Cornwall Council leader Adam Paynter has welcomed a meeting with Michel Barnier as a positive step towards building a successful future for Cornwall in a post-Brexit UK.

Yesterday’s (Dec 19) meeting in Brussels was attended by a small delegation of leaders from regions from across Europe, who were able to highlight issues that matter most to their residents. Key outcomes from the visit were:

Speaking after the meeting, Paynter said: “This was an important opportunity to flag a number of issues that are crucial for Cornwall.

“We want Cornish partners to continue to be able to participate in research and innovation projects with leading European universities and research institutions, we want the value of regional cooperation to be recognised as a key building block for growth and we want to ensure that our businesses continue to have access to the workforce they need to grow and prosper.

“The persisting climate of uncertainty around the UK’s Brexit negotiations with the EU only underlines the fact that we cannot rely on Government to stand up for Cornwall. We need to be putting Cornwall’s case forward ourselves.

“This proactivity by the Council will ensure that Cornwall is prepared for some of the risks of Brexit and makes it clear that leaving the EU doesn’t mean ending trading and other crucial ties.”