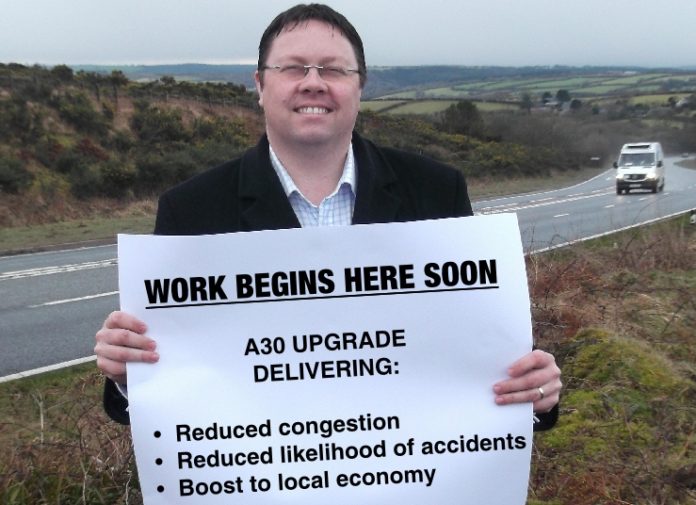 Work to upgrade the A30 between Temple and Higher Carblake could begin in the next few weeks after the Department for Transport gave its final approval to the scheme today (February 5).

Responding to the findings of a report produced by the Planning Inspectorate, the Department for Transport cited the “need to address the problems of poor road safety, congestion, poor journey time and poor route resilience on the existing single carriageway section” in its decision to give final approval to the scheme.

With final planning permission secured today, work on the 2.8 miles of single track carriageway between Temple and Higher Carblake could begin in the next few weeks.

North Cornwall’s Liberal Democrat MP, Dan Rogerson, has long campaigned to get the stretch of road upgraded. He said: “I think many of us wondered whether the day would ever come, but when work does start on the upgrade it will make the years of lobbying and fighting for investment all worthwhile.

“I look forward to the stretch of dual carriageway at Temple opening so that local people, businesses, visitors and the Cornish economy will enjoy the benefits.”