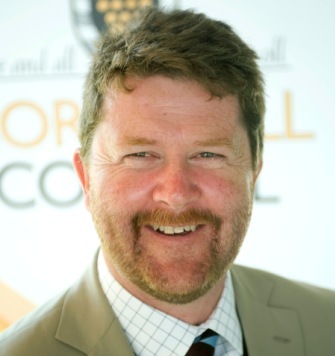 Masters, currently the assistant chief executive, was the recommendation of a council panel, which was today endorsed at a full meeting of the Council.

Masters has worked in local government in Cornwall for the past 32 years, since joining the former North Cornwall District Council as a trainee environmental health officer in September 1981.

Council Leader Jim Currie said: “I am delighted that the Council has backed the panel’s recommendation.

“The next six months will be a very challenging time for the authority, with the election of a new council which will have to deal with the impact of further cuts in Government funding.

“Paul’s long experience in local government in Cornwall and his ability to work with all kinds of groups and individuals and manage difficult situations calmly and sensitively makes him the ideal person for the job.”

Masters will take up his new role on the departure of Kevin Lavery and says he feels honoured by the Council’s decision to appoint him to such an important job.

“I have been genuinely humbled by the many messages of good will I have received from people across Cornwall over the past few days” he said.

“I am extremely proud of the fact that I have spent my whole career working in local government in Cornwall and will seek to do the very best I can for the Council and for Cornwall.”

The appointment will be for a minimum of six months, pending the outcome of the unitary council elections in May and a decision by the new Council regarding the nature of and process for a substantive appointment. The salary level for the post is between £158k and £175k.

Masters is married with two children and lives in mid Cornwall.