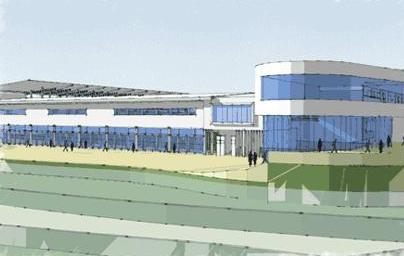 The proposed Stadium for Cornwall project looks dead in the water after the Council’s ruling cabinet formally rejected a request for public funding.

Cornwall councillors recently voted against looking into the possibility of funding, and while the cabinet had the power to ignore the vote, it was warned that going against councillors’ wishes would be “political suicide”.

The cabinet had at least been expected to discuss the issue at its next meeting, but instead has nipped speculation in the bud by writing to the consortium behind the project – Cornwall Community Stadium Ltd – informing it of its decision.

In the letter, Council Leader Alec Robertson spoke of his personal support for the project, but that “the cabinet will not be taking forward the request for funding for a Stadium for Cornwall at this time”.

And he lamented councillors’ lack of vision. He wrote: “In the past, politicians in Cornwall have shown foresight and bravery in supporting ambitious schemes like Tate St Ives and the Combined Universities in Cornwall (CUC) which have brought huge benefits for Cornwall.

“I feel that this project would be a similar opportunity to provide jobs and a boost to the Cornish economy, as well as a chance to raise Cornwall’s sporting profile nationally and share the pride and passion the people of Cornwall have.”

But ultimately the cabinet felt unable to go against its councillors. “Given the Council’s decision not to recommend to cabinet that the Council take the lead in delivering this project, it would be inappropriate for the Cabinet to ignore the wishes of the majority of its members.”