The Prime Minister has promised to “go away and look at” proposals to protect Cornwall’s historic Duchy boundary when drawing up new parliamentary constituencies following his meeting with a delegation of Cornwall’s six MPs yesterday.

The six met Cameron at No 10 Downing Street along with Minister for Political and Constitutional Reform Mark Harper MP.

They claimed opposition “antics” in the Commons had resulted in talking out the possibility of debating ‘The Cornish Question’ during the Committee Stage of the Bill.

They said would do “all [they] could to ensure that the Cornish Question is debated at the Report Stage of the Bill early next week”. 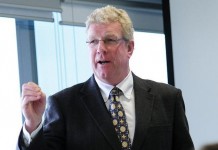