Nearly one million people will benefit from October’s increase after the Government approved recommendations from the independent Low Pay Commission.

Business Secretary Lord Mandelson said: “The National Minimum Wage has been in place for 10 years and remains one of the most important rights for workers introduced in that time.

“I am very proud of the difference it has made to the lives of the UK’s lowest-paid workers. It protects them from exploitation and also creates a level playing field for business, making a huge contribution to the UK’s economic success.

“The Low Pay Commission has carefully examined the latest economic data before making their recommendations on the minimum wage rate, balancing the needs of workers and businesses in the current economic climate.

“The Government agrees with this assessment and has accepted the recommendations for these new rates to take effect in October.”

The deadline for submission of the Low Pay Commission’s (LPC) recommendations to Government was extended from February to Friday 1 May to allow Commissioners to take into account the latest possible economic evidence.

As well as the rate changes to take effect this year, the government has accepted an LPC recommendation that the adult rate of the minimum wage should be extended to 21-year-olds. This will be implemented from October 2010.

The LPC also recommended that information should be available on employers who have shown wilful disregard for minimum wage laws.   The Government has today committed to develop proposals and consider the practical issues involved.

Chairman of the LPC George Bain said: “These are very challenging times for the UK and unprecedented economic circumstances for the minimum wage.  We believe that the Low Pay Commission’s recommendations are appropriate for this economic climate.  They reflect the need to protect low-paid workers’ jobs as well as their earnings.

“This was a difficult year for the Commission but our evidence-based approach led to another unanimous Report.  I am delighted that the Government has again accepted our recommendations on the rates this year.” 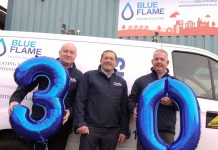