Charlotte MacKenzie has welcomed news that schools across Cornwall will get extra funding this year.

As part of the Government’s efforts to support local businesses and jobs through the recession, millions of pounds of spending on school buildings and repairs are being brought forward from 2010/11 to 2009/10.

Every school in Cornwall will benefit with £3,889,148 of funding brought forward from next year to this year – a total of £13,612,017 of spending this year. The funding will go direct to headteachers and schools can choose how to spend the money as they see fit, from building new classrooms or science laboratories to fitting out new gyms or ICT facilities.

In addition, the Government has allowed Cornwall County Council to bring forward £3,000,000 for larger school building projects co-ordinated by the local authority – making a total of £16,066,374 of spending this year.

This week’s announcements mean a total of £29,678,391 will be spent on school buildings and repairs in Cornwall from April – £6,889,148 of it brought forward from the following year.

Charlotte MacKenzie, Labour‘s prospective MP for Truro and Falmouth, said: “It’s vital that we support the economy at this difficult time, so I’m delighted that every school in our area will benefit from this injection of extra funding this year.”This is all part of the Government’s efforts to put extra money into the economy this year to help the country through the recession. So I hope local schools will get on and spend the money – not just to improve facilities for pupils but to support small businesses and jobs in our area too.

“But I urge the Lib Dems on Cornwall County Council to look again at their response to the Government’s offer to bring forward spending on school building projects co-ordinated by the Council. It’s a shame that they’ve only decided to bring forward 15.8%  of the total available to them to support jobs and businesses in our area.

“It’s also disappointing that the Tories oppose our plan to bring forward spending on school buildings. Just at the time when we should be supporting the economy the Tories say they would actually cut spending, including billions of pounds from our school rebuilding programme. This would be bad news for local schools and bad news for local businesses.” 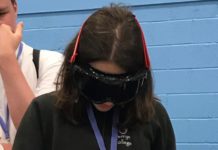 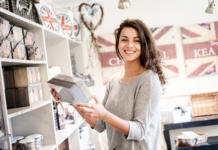 Over 100 apprenticeship vacancies this summer 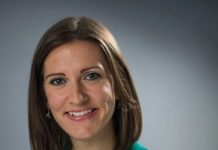