Miscanthus growers in Cornwall should have a new outlet for their crops later this year – thanks to a Cornish farmer and the Rural Development Programme for England (RDPE).

The Mutton family, of St Mabyn, has been growing miscanthus for six years – starting as a supplier of rhizomes for other growers and then using the crop as a renewable energy source to heat office units on their farm.

More recently they have been trialling the use of miscanthus (elephant grass) for use as animal bedding. Now the family plans to start up its own process plant so it can produce livestock bedding from its own crops and from other local growers.

The project will include building a new barn and installing equipment for processing the miscanthus and the RDPE grant will provide about 40 per cent of the cost.

“We’ve looked into this project very carefully by doing test marketing, working with Fennington Fibres, near Taunton in Somerset, who have been really helpful by processing some of our own miscanthus crop. And we’ve been successfully selling this to various markets in and around Cornwall.

“Originally, we had planned to use miscanthus for fuel,” said Mutton. “But there is a growing market for it as animal bedding, particularly for horses, as an alternative to shavings and paper based products. Miscanthus has a naturally low dust content and dust particles created during harvesting and chopping are removed before packing.

“It is also exceptionally absorbent, therefore it’s far more economical than many other products, and it decomposes quickly when removed.”

“This project has been awarded RDPE funding because, because, as well as diversifying into a new enterprise and creating a sustainable future for the Mutton’s farm, it also will benefit other farmers and help the environment,” said Rob Hatt, head of food and rural affairs at the South West RDA which manages the socio-economic parts of RDPE in the region

“The raw material for this project will come from the Mutton’s farm and other local farms and the finished product will be marketed locally. It should lead to a reduction in the amount of horse bedding transported in to Cornwall.”

The aim of RDPE, which is jointly funded by the EU and national Government, is to support the creation of genuinely sustainable farming, forestry and food sectors, thus bringing wider benefits for the economy, the environment and rural communities. 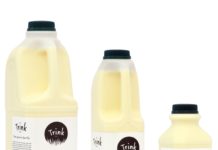 Trink Dairy: Adapting through a pandemic 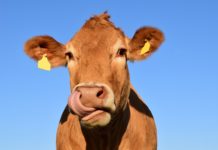 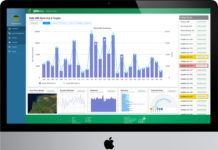