Businesses with company car fleets are being urged to review their operations in advance of changes being introduced by the Government this year.

From April, the Treasury is changing the current capital allowances regime for company cars to a system based on vehicle CO2 emissions.

This will have a major impact on the tax efficiency of the provision of company cars by businesses and employers across the South West should be reviewing their fleets now, according to leading business advisory firm Deloitte.

“Following the introduction of the current tax legislation in 2002, there was a move away from company cars but this trend is now being reviewed by many organisations, and they remain a key part of an employee’s remuneration package,” he said.

“In fact there have been several key changes affecting company car fleets in recent years. First, the introduction of the CO2 emissions regime means employees need to be aware of the link between emissions and their tax bill, and for employers, the possibility of increased National Insurance costs.

“Then there has been the rise of the ‘green agenda’ and the need for businesses to think about their car fleets in terms of CSR; the general increase in fuel, maintenance and insurance costs; and the introduction of the Corporate Manslaughter and Corporate Homicide Acts.

“Now, from April, further tax changes will come into force which employers must factor in to the way they structure their fleet, and provided this is done correctly, this can still represent a cost-effective employee benefit.

“More than ever, employers are looking to cut costs and if this can be done while still offering the valuable company car benefit, then so much the better.”

Nathan Male, who leads the car consulting offering at Deloitte in the South West, added: “Employers are also starting to look at offering company cars via salary sacrifice and such arrangements are even being extended to people who are not currently entitled to a company car. 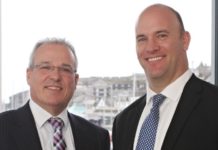