The announcement by the Department of Transport gives the go-ahead for Cornwall County Council to proceed with detailed planning for the £44 million east-west route between Redruth and Camborne. A start on site is now expected in 2010.

The project also includes a new dual carriageway linking the A30 to new housing and employment areas, the conversion of the A3047 into a bus priority corridor and improvements to walking and cycling routes in the area.

“This announcement is a massive boost to the area’s confidence in the current economic climate. It puts in place the funding for the backbone transport infrastructure needed for the successful long term regeneration of Camborne-Pool-Redruth.

“The east-west route is absolutely pivotal to the regeneration process because as well as helping to ease traffic bottlenecks on the existing A3047 it will open up key areas of land for the creation of significant employment and housing sites.

“The success of the bid is a tribute to the way all the project partners in Cornwall have worked together to present a compelling case to Government for this hugely important scheme.”

Earlier this year, in March, the first stretch of the proposed east-west link road was opened when the ribbon was cut on a new £3.58 million section called Barncoose Avenue. This was funded by Cornwall County Council through its local transport plan, the Objective One Programme for Cornwall and the Isles of Scilly and the South West of England Regional Development Agency (RDA).

A planning application for Phase One of the east-west scheme is expected to be made by Cornwall County Council in July. 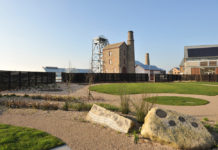 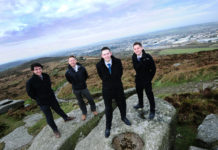