British companies are losing on average 23.5 days of productive time per employee each year as staff take time off sick and underperform in the office as a result of ill-health.

This is equivalent to each worker losing more than an entire working month of productive time annually. When translated into monetary terms, unhealthy lifestyles and poor health are costing British firms £57 billion a year in lost productivity.

Research from Britain’s Healthiest Company (BHC), surveying more than 32,538 workers across all UK industries, highlights the extent of the problem. For example, the survey revealed that 36% of UK employees have a chronic condition, such as heart disease or diabetes, which are strongly associated with their lifestyle choices

The study, which was conducted by VitalityHealth, Mercer, the University of Cambridge and RAND Europe, also shows that many employees mistakenly believe they are healthy.

61% of all respondents have at least two risk factors, while a third are suffering from three or more.  Around 60% of those with three or more risk factors believe their health to be good or very good, which makes them less likely to change their behaviour. Risk factors occur when people register as outside the ‘healthy’ range for a lifestyle or clinical health factor, for example due to lack of exercise or poor diet.

Encouragingly, however, BHC data shows that workplace wellness programmes can support employees to improve their health.

The 25% of companies with the largest health promotion budgets saw an 8% year-on-year improvement in the proportion of employees in good or excellent health, and a 16% year-on-year reduction in productivity loss. 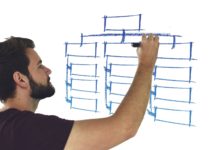 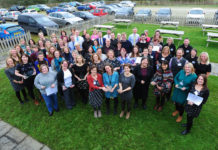