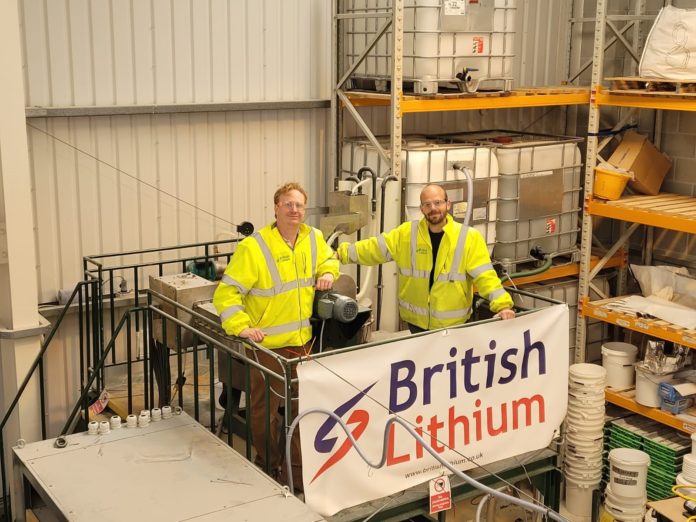 After three years of intensive research and development, Cornwall-based British Lithium has invented a low-energy, chemical-free process for physically separating the mica in granite that contains lithium.

Innovate UK funded part of the necessary research and development work and Innovate UK Edge, which provides businesses with growth and scale support, has provided the legal expertise required to file a patent application at the UK Intellectual Property Office. Having achieved that milestone, the invention now has official ‘patent pending’ status.

British Lithium was the first company to discover a sizable lithium deposit in the UK, the first to develop a novel process for extracting lithium in a sustainable manner and the first to show battery grade lithium can be produced from Cornish granite.

The company has identified a resource of over 100 million tonnes in a former china clay mine near St Austell – enough to support projected annual production of 20,000 tonnes of lithium carbonate. That’s enough to meet one-third of Britain’s likely demand by 2030 when all UK car manufacture converts to electric vehicles.

“We’re delighted that our first patent is now pending and our very grateful to the UK government for their continued support and funding, which has been pivotal to our work,” said CEO Andrew Smith.

“Our Mi-Sep process for extracting and concentrating lithium-mica from Cornish granite reduces the mass requiring subsequent treatment by 80% without use of chemicals and is therefore significantly more sustainable than other existing methods. We have a number of breakthrough technologies for extracting lithium from mica and anticipate further patent applications in the near future.

“Our aim has always been to develop lithium production with the lowest environmental footprint possible and that’s why the new technology we are patenting is powered by renewable energy.”

British Lithium has built the UK’s only dedicated lithium metallurgical research laboratory in Roche, Cornwall. It is also building a £3 million pilot plant nearby where sufficient quantities of battery grade lithium will be produced to win potential customer acceptance and buy-in. A million pounds worth of bespoke equipment has already been ordered and the plant should be operational in early 2022.