A new business has started up, making sustainable coffins from bamboo grown and harvested in Cornwall.

Cornish Bamboo Coffins is the brainchild of former furniture design lecturer Owain Harris, who embarked on his sustainable journey after being made redundant in 2015.

The dramatic change in circumstances made him reassess working life and consider the opportunities and challenges as an unemployed 55-year-old. After much deliberation he joined the BA Hons in Sustainable Product Design at Falmouth University as a mature student.

He said: “I was older than everyone including the staff but as they say-you are never too old to learn.

“It was in the second year of the course that the opportunity arose to develop and design a product. And following a seemingly innocent conversation with my mother about funeral planning, the impetus to design the sustainable coffin came to light and was very much encouraged by my family.

“This seemingly simple brief then took me on a two-year journey in which I learned that the world of coffins, cremations and funerals is far more complicated than I ever imagined.”

Out of all this research several designs were formulated and developed, and a variety of materials explored. Eventually a long basket with a roll top lid was settled on for the structure and bamboo would be the main material for the sustainable coffin.

Having previously worked with bamboo in a design for the Eden Project, Harris has a strong understanding of its sustainable credentials and its working properties. And while bamboo has been used to make coffins for millennia, the use of bamboo grown and harvested in Cornwall is believed to be a new thing.

“Because there is a wide variety of bamboos growing in Cornwall it was important that I designed a process which we could use to produce a coffin from whatever species are available to use,” he added. “After extensive research and experimentation, I developed a process which allows us to split, flatten and clean any bamboo culm (the correct name for bamboo canes) of the right length into strips ready for weaving into a coffin basket.”

Owain Harris and his wife Shelley now harvest the bamboo from several sites around Cornwall, including Carwinion House near Mawnan Smith and the old bamboo farm at Lanivet and create the coffins in their workshop in Perranwell Station. The process is entirely hand crafted and takes approximately four days to make each Cornish Bamboo Coffin. 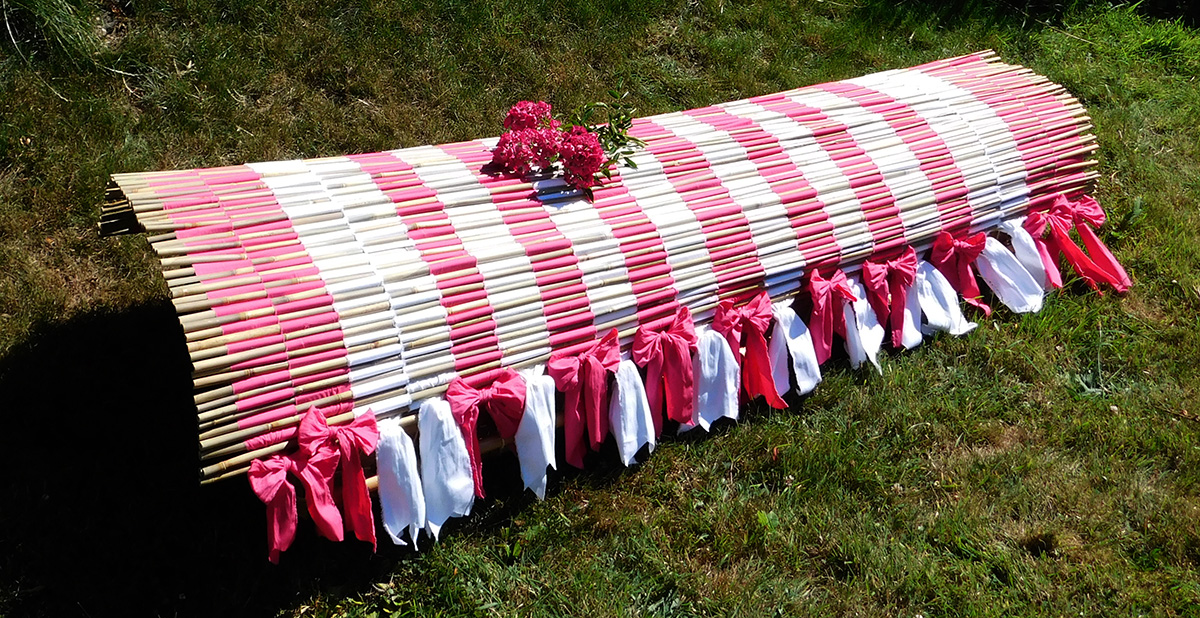