A family-run Cornish company is vying for the royal seal of approval after manufacturing a special souvenir to commemorate the upcoming wedding.

Working with games manufacturer Winning Moves, a collectable ‘Royal Wedding’ edition of the popular card game Top Trumps has been designed by Winning Moves and manufactured by the St Austell Printing Company (SAPC) team at its purpose-built factory on the outskirts of St Austell.

Last year SAPC was awarded the contract to print the popular card game by Winning Moves. This led to a major £500k investment in a specialist finishing machine and the creation of additional skilled jobs.

Thousands of the souvenir packs were produced in record time and are being distributed outlets across the Windsor area. They feature members of the royal family, the couple’s friends and other aspects of the wedding.

Peter Moody, SAPC managing director, said: “We’re proud that in our own little way, working with Winning Moves we’ve been able to help people to commemorate a very special day.

“We were given a very short timeframe to produce the packs due to the delay in announcing the name of Prince Louis, who features in the pack.”

Prior to the production moving to Cornwall, the packs had been printed in Poland, Italy and China.

Moody added: “With manufacturing of the packs now being based in the UK, this enables Winning Moves to react quickly and create special editions of Top Trumps for special occasions such as this.”

As well as being printed and finished in-house, SAPC’s fulfilment department hand-packed the cards into its plastic containers ready for distribution directly to the outlets.

Moody added: “I would like to think that Harry and Meghan would be impressed – after all, how many people feature in their own Top Trumps game?” 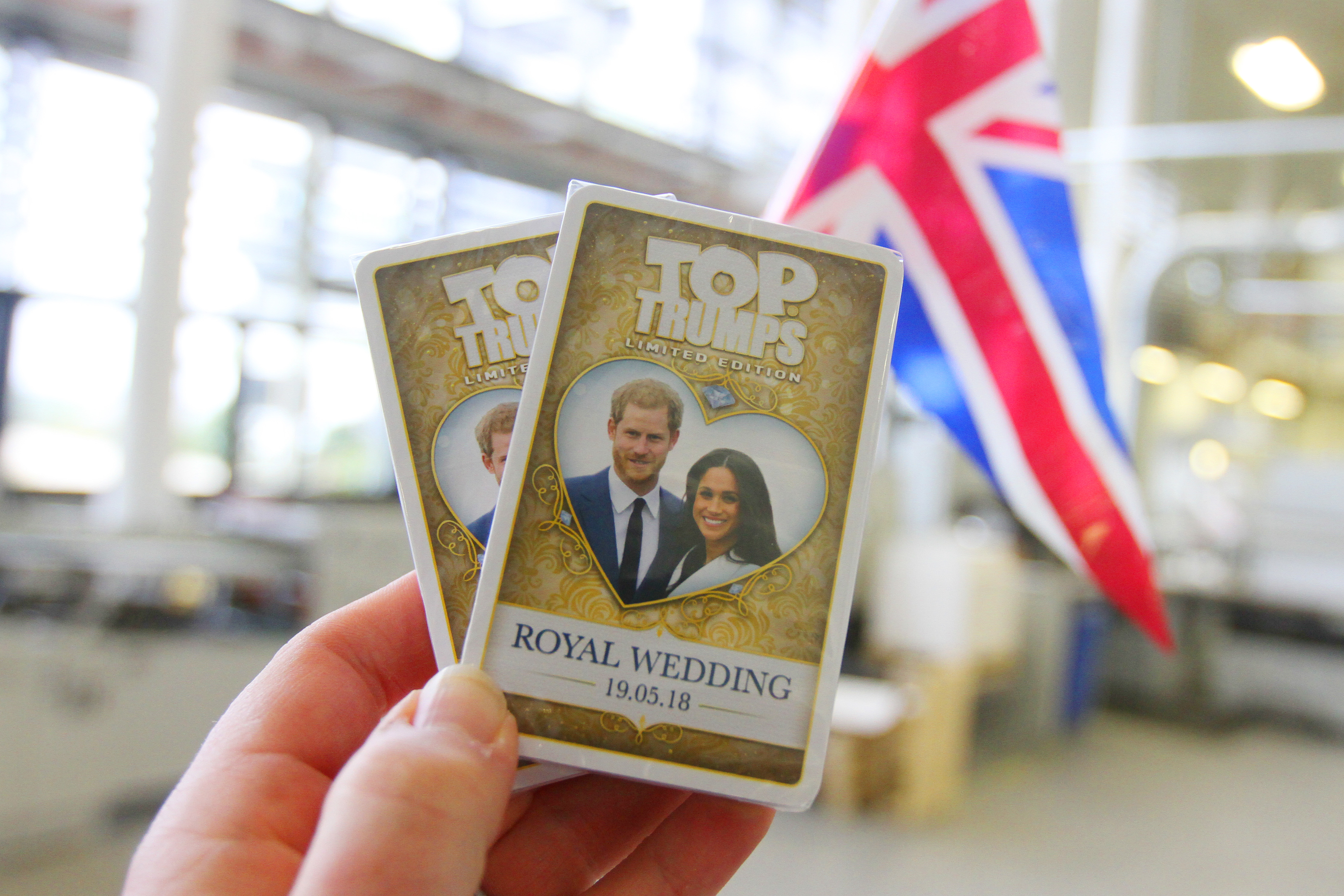