A Cornish manufacturer has been featuring on Channel 4’s Grand Designs television programme.

As well as increased national awareness, Helston-based staircase manufacturer, Spiral UK, is going into 2017 with a bulging order book after winning over £1 million of new contracts.

MD, Eric Nicholls, said: “From luxury staircases for multi-million pound apartments to highly specialist structures for offshore wind turbines to a major contract with the MOD, our recent orders recognise the enormous diversity we offer in staircase manufacturing.

“To have our work featured on Grand Designs concludes years of stairway specialism, highlighting our work in one of the country’s finest architectural builds. We are simply delighted. The new orders, all of which are with clients we have worked with before, speak volumes for our reputation and quality. Despite the uncertainty following the Brexit vote, we are looking forward to 2017 with a full order book and strong levels of enquiries following the Grand Designs broadcast.”

Located in the heart of the Jersey property, nominated for the Royal Institute of British Architects (RIBA) House of the Year award, the spiral staircase is one of three featured in the build called Le Petit Fort. McCloud continued by referring to another Spiral UK design as a “fantastic medieval cast concrete staircase”. 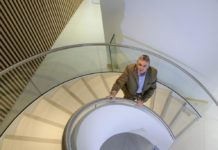 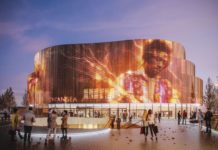 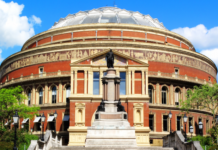